Unless otherwise noted, all quotations are from “The Forerunners – Dutch Jewry in the North America Diaspora” by Robert P. Swierenga, Wayne State University Press, Detroit, 1994.

The nineteenth century witnessed a decline in religious observance by most of American Jewry. Changes were instituted in Orthodox synagogues that led many of them to affiliate with the Reform movement. Many religious leaders went along with – and some even encouraged – these changes. There were, however, some men who did their best to maintain traditional Judaism in the face of what at the time seemed an unstoppable tide of change. One such man was the Rev. Samuel Isaacs.

“Isaacs was born on January 4, 1804, in Leeuwarden – the capital city of the province of Friesland in the far northern Netherlands – the son of a prominent merchant-banker, Meyer Samuel Isaacs (Isaks) and Rebecca Samuels, his wife. This devout family had five sons and four became ministers. The Leeuwarden synagogue seated six hundred and was one of the largest congregations outside the main Jewish centers in Amsterdam, Rotterdam, and The Hague.”

The Napoleonic Wars adversely affected Dutch Jews engaged in trade with London and Meyer Isaacs found himself increasingly in debt starting in 1805. Things were so bad by 1814 that the Isaacs family relocated to London. There, Meyer, who was a well-educated layman in both secular and Torah subjects, became a teacher. In addition, he made sure educated that his sons received excellent religious and secular educations.

Samuel, who was only ten when his family moved to England, was young enough to learn to speak English without a Dutch accent. “This ability later earned him many speaking engagements in America, where sermons and public addresses in English were much preferred to the customary Yiddish or German tongue.”

“After completing his education Samuel taught Hebrew for a time at the Jewish Orphanage of London and then in the 1830s he became principal of a Jewish day school.” In 1839 he married Jane Symmons. At about the same time he was offered the position chazzan at Ashkenazi Congregation Bnai Jeshurun of New York. The result was that Samuel and his new bride sailed for New York a few days after their wedding. The trip took three months.

“The arrival of an English Jewish preacher was indeed a novelty in those days, for in 1839 preaching in the vernacular was a rarity. The Elm Street synagogue near Walker Street [where Congregation Bnai Jeshurun was located] was crowded every Sabbath to hear the new preacher, and not a few non-Israelites were attracted.”[i]

The synagogue thrived under Isaacs’s leadership despite the fact that on a number of occasions groups left the synagogue to form their own minyanim where davening was conducted in accordance with the minhagim of the region where the mispallelim came from. In 1844 a major schism developed. Rather than fight, Chazzan Isaacs, the shamus and at least ten other Dutch families chose to withdraw quietly and form a new congregation which they named Shaaray Tefila.

This new congregation, which was formally organized in 1845, consisted primarily of English and Dutch Jews. Reverend Isaacs served as it spiritual leader until his passing in 1878.

“Isaacs’s long tenure at Shaaray Tefila marked the high point of Orthodoxy in New York Judaism…. Isaacs devoted his pulpit to the defense of pure religion undefiled, calling the faithful to observe the full Mosaic law, the Levitical dietary rules and purification rites, and especially to keep the Sabbath. Honoring the Sabbath was difficult for Jewish retail merchants and clerks because Saturday was the major American shopping day, and state and local Sunday closing laws often kept Jewish businesses closed on that day as well – until they won legal exemptions.

“Reverend Isaacs’s second theme was to uphold Orthodoxy against the new Reform Judaism that German Jews were bringing to America in the 1840s. Among other worship practices, Reform introduced mixed choirs and instrumental music, integrated seating, prayers in English, abolition of head coverings, and confirmation for young women as well as young men. Reform congregations also were lax in enforcing religious discipline and Sabbath-keeping.

“Isaacs challenged these new ideas ‘from the fertile fields of Germany, where everything grows fast, although not always wholesome.’ What is at issue, he warned, is that Jews are ‘assimilating our system to that of Christianity ….’ ” 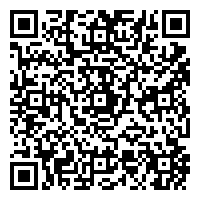