Home Magazine Glimpses Into American Jewish History The Controversial Mordecai Moses Mordecai
Share on Facebook
Tweet on Twitter
Introduction1
The first ordained rabbi to settle in America, Abraham Rice did not arrive here until 1840. Before then, few men with anything more than a rudimentary Torah knowledge resided in America. One exception was Mordecai Moses Mordecai.
“Mordecai Moses Mordecai was born on January 16, 1727, in the Lithuanian town of Tels [also written Telz, Telshi]. His father was evidently a rabbi, Moses, son of Mordecai. The majority of Jews in Northern Europe had no family names at this period, and were known simply by a patronymic. On his arrival in America, our Mordecai discovered a Moses Mordecai, from Bonn, Germany, residing in eastern Pennsylvania. Probably to avoid confusion, our subject styled himself with his father’s and grandfather’s names as Mordecai Moses Mordecai, usually adding ‘of Telz.'”
At the time Lithuania was one of the major centers of Torah scholarship in the world. Therefore, it is not surprising the Mordecai received a comprehensive Torah education, “but there is no evidence to show that he achieved ordination. On the contrary, he would have signed himself ‘Rabbi’ had he been so entitled. He left his birthplace in northwestern Lithuania to become the first known Jew from his area to arrive in North America.”
In 1760 Mordecai married Zipporah de Lyon of Easton, Pennsylvania. Zipporah’s father, Abraham de Lyon, and grandfather, Dr. Samuel Nunez, were among the original Jewish settlers of Savannah, GA. Mordecai and his bride settled in Lancaster and lived there for about ten years. However, by 1770 they had taken up residence in Baltimore. Mordecai became a distiller, but apparently was not particularly successful in this endeavor.
“By 1782, the British raids on the coastal cities had caused many patriot citizens [among them the Mordecais] to flee to Philadelphia for safety. The city’s Jewish population was enlarged by refugees from Newport, New York, Baltimore, Charleston and Savannah. A long-deferred project came to fruition when thirty-six heads of families signed themselves as agreeable to building a synagogue [which was named Congregation Mikveh Israel]. Mordecai M. Mordecai was among the signers.
“At long last his rabbinic training could be put to use. He was assigned the important task of writing letters in Hebrew to the more established Sephardic synagogues of London and Amsterdam for approval of the architectural design, since this had ritual significance. Mordecai also penned a Hebrew letter to the thriving congregation in Paramaribo, Surinam, seeking a contribution. The overall appeal brought contributions from sixty-one individuals.
“Mordecai must have been elated when he was chosen by the congregation as one of three experts in traditional Jewish law to rule whether the congregation’s minister, Rev. Gershom Mendes Seixas, might perform a marriage between Jacob I. Cohen and the widow of the above-mentioned German Moses Mordecai. The problem arose from the fact that the bride-to-be had been born Elizabeth Whitlock, a Christian; and, despite the fact that she had been converted to Judaism in her native England prior to her first marriage, her fianc? was a Cohen.”

Mordecai and another member of this group rightly voted against this marriage, since the Torah prohibits a kohen from marrying a gayarus. Based on this, the congregation’s board of directors forbade their chazzan, Reverend Gershom Seixas, to perform the marriage. Nonetheless, on August 28, 1782 the couple was married without the participation of the chazzan in a ceremony held outside of the synagogue but in the presence of three of the congregation’s leaders. Mordecai took this as a personal affront. “The day before the wedding, Mordecai had received a rude shock when his application to become shammash [sexton, a position requiring some ritual knowledge] found him an unsuccessful candidate.”

Authorities2
“In 1784 [Mordecai] found himself in trouble with the congregational authorities. A niece of his in Easton, Judith, the daughter of Myer Hart, had fallen in love with a Christian, Lieutenant James Pettigrew, and they had been married by an army chaplain in May 1782, without her father’s knowledge or consent. Thereupon he had closed his door to her, but, with a child on the way, the girl’s mother was anxious to effect a reconciliation between the father and his daughter, so she asked her brother-in-law Mordecai, ‘a man who is well learned in Jewish law,’ to come to Easton to help settle the family problem.
“What happened thereafter became a matter of serious contention. Only one fact was agreed upon – that the father had become reconciled.
“Barnet Levy, also a brother-in-law of Mordecai and a resident of Easton, being in Philadelphia one day, told some members of Mikveh Israel, including the parnass Simon Nathan and Benjamin Nones, that he had been present when Mordecai remarried the couple according to Jewish law, and that he, Levy, had actually signed the ketubah, or marriage contract, as a witness. Mordecai was ordered to appear before a congregational court to answer the charge, and was found guilty of performing an act contrary to Jewish law.”
Mordecai indignantly protested and wrote a letter to the vice president and the Adjunta of the congregation challenging their actions. He gave a number of reasons why he felt that what the congregational court had done was invalid.
However, this was not the only controversy Mordecai was embroiled in with Congregation Mikveh Israel. A certain Benjamin Moses Clava, who was not a member of the congregation, died on March 14, 1785. He had been married to a gentile woman by a Christian minister. Despite this, “a year before, fearing that he was about to die, he called in several Jews and recited the Viddui, or confession of faith. The question was: should he, or could he, be buried according to Jewish custom?
“One group in the congregation at first insisted upon a Din Torah, or legal interpretation, from Holland. But another group, somewhat more realistically, felt that an immediate decision would have to be made. After all, the corpse could not be kept unburied until an answer came from abroad. Consequently, the decision was left up to a panel of experts, consisting of Carpeles, Josephson and Moses D. Nathans. It was their judgment that Clava should be buried in a corner of the cemetery, without ritual washing, without a shroud and without a ceremony.
“In spite of the fact that disobedience to this judgment would bring upon the transgressor exclusion from the religious functions of the synagogue, Mordecai M. Mordecai once again opposed his judgment against that of the congregation. He not only attended the body to the grave, but washed it and clothed it.”
In an attempt to resolve these matters, the congregation sent a letter to Rabbi Saul Lowenstamm of the Ashkenazic Community of Amsterdam, Holland, asking him to rule on the matter. Unfortunately, Rabbi Lowenstamm’s answer, if there was one, has not been preserved.
As a result of these actions Mordecai Moses Mordecai became persona non grata to the power structure of the Jewish community of Philadelphia. No further mention is made of him in the congregational records.
Once the Revolutionary War ended many of the Jews who had come to Philadelphia to escape the British left the city. Mordecai apparently went to Richmond, Virginia, because his name appears on the list of the founders of Richmond’s Congregation Beth Shalome, which was established in 1789. In 1799 Mordecai was residing in Baltimore where he operated a distillery.
“Mordecai had passed his eightieth birthday when on March 4, 1807, he had the joy of performing the marriage of his granddaughter Judith Russell to Isaiah Nathans of Philadelphia. The American Daily Advertiser of Philadelphia calls him ‘Rev. Mordecai M. Mordecai of Richmond, formerly of this city.’

“Mordecai’s death came on January 19, 1809. The Baltimore papers took no note of the event, but The Republic and Savannah Ledger, of Savannah, Georgia, where his son Samuel and several Russell grandchildren were living, in its issue of February 9, 1809, paid him this tribute:

Died at Baltimore on 19th, Mr. Mordecai M. Mordecai aged 83 years, an old and respected inhabitant of that city. This gentleman acquired at an early period of his life the sincere esteem of many of his fellow citizens being one of the patriots who fought and bled in the glorious struggle for the independence of this country. In a private capacity Mr. Mordecai distinguished himself as a tender husband, fond father, and faithful friend. He has left 26 children and Grand children and many acquaintances mourn his loss.”3

1 All quotes in this section and the next are from “Two Jewish Functionaries in Colonial Pennsylvania” by Malcolm H. Stern, American Jewish Historical Quarterly (1961-1978); September 1967-June 1968; 57, AJHS Journal. This article is available online at www.ajhs.org/scholarship/adaje.cfm.
2 All quotes in this section are from The History of the Jews of Philadelphia from Colonial Times to the Age of Jackson by Edwin Wolf and Maxwell Whiteman, The Jewish Publication Society, Philadelphia, 1957, pages 128-131 unless otherwise noted.
3 “Two Jewish Functionaries in Colonial Pennsylvania. 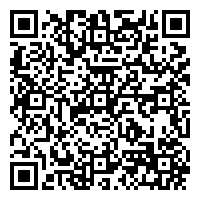