If asked to identify the first European-style yeshiva gedolah established in America, many Orthodox Jews would probably say “Yeshiva Rabbeinu Yitzchok Elchanan.” Indeed, Rabbi Isaac Elchanan Theological Seminary (RIETS) was founded in 1897 (1896 according to some sources). However, it may well be that the institution founded by Rabbi Moshe Weinberger in 1895, Yeshiva Or HaChaim, was in truth the first such institution established here. The reason for using the language “it may well be” is that some sources claim this institution never actually opened, whereas according to other sources it did exist – albeit briefly.

Rabbi Weinberger, in his 1887 book Ha-Yehudim veha-Yahadus be-New York,[i] bemoaned the sad state of Torah education in New York City. Things were so bad that when he learned that a group of ba’alei batim had in 1886 opened an intermediate school whose curriculum would include the study of Mishnah and Gemara, he wrote:

Just as we were concluding our words on teachers and schools, we heard the pleasant news that, in recent days, a new school was established here called Yeshivas Ets Chayim for the study of Mishnah and Talmud, that is, Gemara, Rashi, and Tosafos. Fifteen hundred people are supposed to be standing ready to finance the building and appoint eminent teachers who will receive their salaries in honorable fashion from a large community fund. All is said to be prepared, nothing is lacking save for people willing to hand their children over for instruction. Hurrah! What pleasant news! How lovely! How dear! A yeshiva for Mishnah and Gemara! How much good is hidden in these words. I can hardly believe my own ears. Am I awake! Is this possible? Can it be? Here in New York? In America? Has such a great thing come about without our knowledge? Yes – so many people say, and so we have seen ourselves in news reports. It is a marvelous thing –a wonder.”[ii]

However, the Etz Chaim Talmudical Academy was basically an elementary school, and it did not offer educational opportunities for boys past bar mitzvah age. Furthermore, there was no institution in New York at the time devoted to training Orthodox rabbis. (The Jewish Theological Seminary existed at this time but it was becoming increasing clear to Orthodox Jews that the institution was headed away from traditional Judaism.) With that in mind, Rabbi Weinberger decided to establish an institution that would give young men a substantial background in advanced Talmudic studies and prepare them for a career in the Orthodox rabbinate, if they were so inclined.

Virtually everything we know about Yeshiva Or HaChaim comes from the pamphlet “Torah Or,” published anonymously in 1895 in Hebrew. Despite the fact that Rabbi Weinberger’s name does not appear on this pamphlet, “the Hebrew style, vocabulary, and syntax are unmistakably his.”

“On the title page of ‘Torah Or,’ the association of supporters of the new school is referred to as ‘The Jewish Rabbinical High School Association.’ It appears likely that the term ‘High School’ is a literal translation of the German term hochschule, which refers to a college or academy of higher learning. While the pamphlet goes on to describe an educational institution that certainly included high school-age students, its provision for rabbinical ordination leaves little room for doubt that Yeshivat Or ha-Hayyim was also intended to serve as a talmudical academy or yeshiva gedolah, i.e., a post-secondary institution of higher Jewish learning devoted to the study of Talmud.”

According to “Torah Or,” the yeshiva was founded by Rabbi Weinberger in Marheshvan (October or November) of 1895. “Initially, the school served the membership of the Bet ha-Medrash ha-Gadol Anshei Ungarn synagogue, but in a short while many other congregations and associations joined together in support of the Yeshiva,” and it became a communitywide institution.

The aim of the yeshiva was to educate students who would grow up to live as observant Jews. The pamphlet makes it clear that the full-day Jewish education the yeshiva gave was superior to the education that students were receiving in New York’s chadarim “in every way. The Yeshiva towers over the Heders qualitatively and quantitatively.”

(One should keep in mind that the concept of a yeshiva day school education, something considered “routine” in our time, was considered bold and innovative when Rabbi Weinberger began Yeshiva Or Torah. Furthermore, there were many who viewed day school education as something “un-American.” Virtually all Jews, even those who considered themselves very religious, sent their children to public school.)

“Initially, the Yeshiva was intended only for students with a strong background in Jewish studies who wanted to devote time to the study of Torah. After the Yeshiva opened, however, it became clear that [it] would have to produce its own products from scratch. It would have to plant the seeds for its own vineyard. So a preparatory class was introduced and now there are classes for students at every level. A child starts at the lowest level and is promoted from one level to the next until he reaches the fifth and highest level.”

All teachers in the school were required to be God-fearing men with a solid knowledge of Tanach, Mishnah, and Gemara. Those teaching the upper level classes had to have a good knowledge of Shulchan Aruch as well. The teaching staff was overseen by “a Rabbi and a Head of a Rabbinic Court who was ordained by the leading Torah scholars of the generation,” and who had to be serving as the rabbi of a congregation in New York.

Rabbi Weinberger was appointed as the rosh yeshiva, making him most likely the first rosh yeshiva in America. He taught the most advanced students, regularly tested the school’s students, and established the academic calendar and the daily schedule of study.

Instruction in the lower levels of the school dealt with:

The curriculum of the higher levels consisted of:

In his pamphlet Rabbi Weinberger wrote:

“The number of students studying Mishnah and Talmud is close to 20. The total number of students in the Yeshiva is close to 80. What a glorious sight it is to see Jewish boys raised in this land – who previously knew nothing about God’s Torah, and for whom the ability to read Siddur and the prayers was considered the entire Torah – sitting before their teachers and discussing Jewish law, responding with clarity to whatever is asked of them, reciting by heart whatever they studied in Tanach, Mishnah, and Talmud, and sharpening each other’s mind with their pilpul and reasoned arguments. We trust that many more of the students in the lower levels will soon be ready to study Talmud. Within a year, then, the number of students studying Talmud will be 50.” 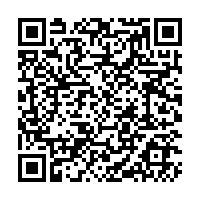