The city of Ramallah has named a street after one of the most vicious anti-Semites in the modern history of the Catholic Church, the late Greek Melkite Archbishop, Hilarion Capucci, who died Sunday in Rome at 94.

Ramallah Mayor Musa Hadid announced the move as a way to “honor the memory of Capucci in observance of his national positions and defense of Palestinian people’s rights.”


Palestinian Authority leader Mahmoud Abbas, Prime Minister Rami Hamdallah and other officials attended the ceremony, which was open to the PA public.

Capucci was born in Aleppo, Syria and became archbishop of the Greek Catholic Church in Jerusalem in 1965. He was known for his obsessive hatred of the State of Israel and his open assistance to Arab terrorists, including arms trafficking, for which he was arrested by Israeli authorities and sentenced to 12 years in prison in 1974.

Capucci was released from prison in 1978 by Israeli authorities in response to intense international pressure leveraged by the Vatican, and deported to Rome, where he continued to work against Israel on behalf of the Palestinian Authority until his death. 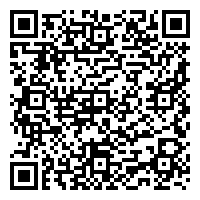