Rabbi Moshe Schwab, Rav Schwab’s eldest son, recalls, “On the first Shabbos after I got married, in May, 1956, I came to shul with my brand new wife, Miriam. In the ‘yeshivishe’ style, I put my tallis over my head – despite the fact that in those days, in Shearith Israel, in accordance with the German custom, the men wore hats instead of placing their talleisim over their head. My father looked at me and said, ‘Look around you, do you see anyone here with his tallis over his head? Why do you want to be different, and appear as if you think you are better than the baalei batim?’

“Needless to say, I got the point, and put on my hat. Despite my father’s yeshiva education, and his great Torah knowledge, he was extremely sensitive to the feelings of his baalei batim and their long-held minhagim. He recognized the circumstances in which innovations were – and were not – important to the special character of his shul, and for the development of Yiddishkeit within it. His objectives were always l’shem shamayim, and that is why he succeeded.” (From Rabbi Moshe Schwab’s article “Memories of Shearith Israel,” written in 2000, which I have utilized, with his kind permission, throughout this multipart series on his father.)

My Personal Recollections of Rav Schwab

Shortly after I settled in Elizabeth, New Jersey in 1968, I became friends with Reb Yosef Schwab, one of Rav Schwab’s sons. On occasion Rav Schwab would come to Elizabeth to visit his son, his daughter-in-law, and his grandchildren. Once, when I happened to stop at Yosef’s home, Yosef introduced me to his father, and I was immediately impressed with the specialness of the man. He was friendly, warm, and open, and at the same time dignified. I sensed I was in the presence of greatness, and my instincts were, of course, not wrong.

From time to time I would call Rav Schwab with various halachic questions. He always listened patiently and seemed to know instinctively when to ask for more information. He would then clearly and carefully explain his answer. If I had questions about his reply, he would expand upon it, again with patience and clarity. In short, he knew how to deal with baalei batim and how to phrase things in a format that was both meaningful and to the point.

There were a few times he did not have a ready answer for me. He would then say, “Please call me back tomorrow.” When I did, there was always a ready and clear answer.

I once called him with a question about a particular brand of raw fish fillets and their kashrus on Pesach. A booklet put out by the supervising agency said the fillets had to have a label indicating they had special Pesach supervision. However, the famous “Breuer’s list” indicated this brand of fillets could be used without any special label. I called the certifying agency and pointed out the discrepancy. After some hemming and hawing, the person at the certifying agency finally told me to rely on the Breuer’s list. I was dumbfounded, and replied, “But your agency gives the supervision on this product!”

I then called Rav Schwab and explained the situation. He said, “Please call back tomorrow.” The next day I called back. As soon as I identified myself, Rav Schwab replied, “Same fish, different paper.” This made it clear to me that the fish did not need special labeling for Pesach use. I have often recalled his incisive response when I have encountered products that are packaged under various labels with different supervisions. The bottom line, more often than not, is, “Same fish, different paper.” 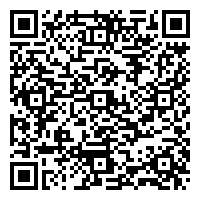