Home Archives Tributes To Irene Klass Mrs. Irene Klass, A”H
Share on Facebook
Tweet on Twitter
It is with profound sorrow that we address the death of Mrs. Irene Klass – publisher of The Jewish Press, wife of Rabbi Sholom Klass, zt”l, the newspaper’s founder and longtime publisher, and daughter of Raphael Schreiber, a”h, the paper’s co-founder.

Mrs. Klass shared her husband’s dream of developing an independent voice for Torah Judaism. She partnered with her husband for many years in bringing their dream to fruition and carried on with those efforts after his death in 2000. Extremely well read and blessed with a talented pen, she also contributed commentary, poetry and general articles that appeared regularly in the paper.

Mrs. Klass had a keen eye for talent and in fact recruited many of The Jewish Press’s most popular columnists – including Rebbetzin Esther Jungreis, Dr. Morris Mandel and Rabbi Meir Kahane – to the paper.

She was a person of great character with a faith in the Ribbono Shel Olam that was at once profound in its recognition but straightforward and uncompromising in its application. She was honest to a fault, often telling others that anything less is a betrayal of one’s self. She had a wide circle of friends with whom she spent much time, but enjoyed a deserved reputation of never having spoken an ill word of anyone.

Mrs. Klass was also known for her compassion and concern for the needy. She bestowed countless monetary gifts to the down-and-out and literally sustained hundreds of individuals and families over the years. Her loyalty and generosity to friends was legend – a character trait she shared with Rabbi Klass – and took an active interest in their families.

After the death of Rabbi Klass she regularly held forth at the center of the close circle of her children and grandchildren. She continued his practice of insisting that a d’var Torah be the centerpiece of all family gatherings.

Although she reveled in the accomplishments of her children and grandchildren, she never failed to note her pride in the development of The Jewish Press as a significant Torah learning resource and one of the important reasons government officials took the Orthodox Jewish community seriously.

The Jewish Press will have much more about the life and legacy of Irene Klass in the weeks to come.

Rebbetzin Of The World: An Interview with Rebbetzin Esther Jungreis 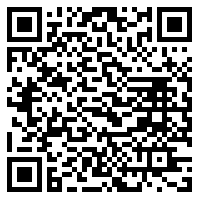