In a rare interview to the Arab daily Al-Quds, published in eastern Jerusalem, Defense Minister Avigdor Liberman warned on Monday that “the next war in Gaza will be the last one.” However, in the same interview, Liberman said he supports the two state solution, and, “If Hamas stops digging the tunnels and shooting rockets, Israel would be the first country to aid in constructing a harbor and an airport in Gaza.” He did note that this promise is only his own vision and not official Israeli government policy.

Liberman insisted Israel has no plans to retake the Gaza Strip, or build new settlements there. But he criticized Hamas for its designs against Israel, saying they spend about $26 million every month on their military activities.


Speaking to journalist Mohammed Abu Hadir, Liberman accused the Palestinian leadership of being an obstacle to peace. He said PA Chairman Mahmoud Abbas was not seeking peace, and said he incited violence rather than work against it. “We need someone other than Abu Mazen (Abbas’s nom de guerre) to sign a final agreement,” Liberman said, accusing the chairman of stubbornly resisting peace.

Liberman noted that Jewish communities take up only 1.4% of Judea and Samaria and as such are not an obstacle to the peace process. He also noted that the Jewish residents of Judea and Samaria are under attack every day, and he believes the two sides would be better off separated. However, he insisted, without mutual trust there cannot be peace negotiations.

The defense minister was highly critical of Arab society, saying that in the absolute majority of cases, violence there is the result of internal conflicts in the Muslim society rather than clashes with Israel. Needless to say, the interview was not received well by the readership, and many in Arab social media accused Al-Quds of normalizing and thus legitimizing Liberman’s views.

One of Liberman’s ideas that most upset Arabs on either side of the green line was his suggestion that a future peace deal will see a swapping of Jewish settlements in Judea and Samaria for Israeli Arab towns in the Arab triangle in central Israel. MK Ayman Odeh, Chairman of the Joint Arab List, told Israeli Radio Tuesday that Liberman’s suggestion is unacceptable, since the Jewish communities of Judea and Samaria are illegal. He did not mention that, despite his well expressed Palestinian patriotism, he and his voters have no intention of substituting life in a third world Palestinian State for their lives in democratic Israel.

The Palestinian Authority for its part applied pressure on Al Quds not to run the Liberman interview, according to Arab media sources, accusing the paper of becoming a propaganda lap dog for the enemy. Abu Hadir rejected the insults, saying he submitted fifteen tough questions to Liberman and did his job well, as he has been doing for 30 years, during which he interviewed many Israeli leaders, including Yitzhak Rabin and Shimon Peres.

Hamas rejected Liberman’s offer to help construct a Gaza harbor and airport depending on the organization’s putting an end to tunnel building, weapons smuggling and rocket shooting. Hazem Kassem, a spokesman for Hamas in Gaza, said the Palestinian people are entitled to having a harbor and an airport without being blackmailed. “A people under occupation have the right to possess means of power, including military ones, so as to be able to defend themselves against continuous Israeli assaults,” Qasim said, adding that this right was “not debatable.”

In other words, let the final war begin… 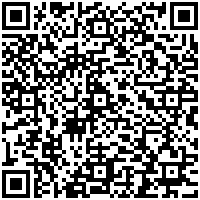