The Middle East ?cease-fire? spread this week to Jordan when an Israeli was shot to death in Amman Monday night. The victim, a diamond merchant in his 50s, was gunned down as he left an apartment he apparently maintained in the Jordanian capital.

Back in Israel, Tehiya Bloomberg, five months pregnant, was slain by terrorists as she drove with her husband, Shimon, three of the couple?s five children and a hitchhiker on the Azoun bypass road Sunday night.

In the attack that killed their wife and mother,Shimon Bloomberg sustained bullet wounds to his face and chest and 14-year-oldTzippi Bloomberg was shot in the waist. Both were recovering after surgery at Beilinson Hospital, though a family spokesperson told reporters that Tzippi?s doctors were concerned about possible spinal damage.

Tehiya was buried Tuesday in Karnei Shomron, the community where the family had resided for the past 11 years.

?Shimon was unable to speak, but he moved his eyes and told me he knew about his wife and requested that the funeral take place in Karnei Shomron,? said a rabbi from the community, Dov Oron, who visited Bloomberg in the hospital.

The killing continued Tuesday when an Israeli motorist was shot as he drove near the northern Samaria community of Alfei Menashe.

?Israel?s policy violates all laws and conventions,? said Maher in Cairo on Monday. ?It is unprecedented for a government to become a gang which assassinates people, which uses the methods of gangs in assassinating people.

?This behavior has put peace in the region in danger and put the interests of all countries in the region, the United States and the West, in danger,?? he said.

The woman killed Sunday, Tehiya Bloomberg, was a nurse whom neighbors and acquaintances described as someone ?always ready to help others,? a woman who no matter how busy or preoccupied ?made sure to greet everyone with a wide smile on her face.?

Shimon Bloomberg, originally from London, had made aliyah about 20 years ago, said a family friend. The friend said Shimon is employed by Israel Aircraft Industries and serves as a gabai at the local synagogue. His parents and a brother still live in England and were expected to arrive in Israel during the week to visit their son and brother.

?Shimon and Tehiya were so excited with the new baby It is hard to come to terms with such a tragedy,? said Rina Gruber, a friend of the Bloomberg family shortly before Tehiya was buried. 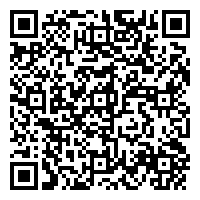