Robinson, a clerk at the MB Vineyards liquor store in Flatbush, was killed when he confronted a masked gunman who entered the store and demanded jewelry from Robinson’s girlfriend.

Eion Klass, an ex-con on parole after serving 11 years for attempted murder and robbery, reportedly told police he shot Robinson when the latter tried to grab his gun.

Klass’s lawyer said the confession was forced and that police had beaten his client. Police say the suspect was injured during an escape attempt.

Meanwhile, Robinson was interred in a family burial plot in St. Elizabeth, Jamaica. An eleven-person delegation from New York which included, among others, several Chesed Shel Emes volunteers; Rabbi Kenneth Auman of the Young Israel of Flatbush; MB Vineyards owner Benjy Ovitsh; and Robinson’s girlfriend, Lahavah Wallace, flew to Jamaica for the burial.

“Things went as smoothly as they could have gone – amazingly so,” Rabbi Auman told The Jewish Press.

The family originally wanted to bury Robinson next to his grandmother, but she has a cross on her grave.

“The family on their own,” said Rabbi Auman, “decided it would be appropriate to bury him elsewhere. They were very respectful. Chesed Shel Emes built a grave with cinder blocks so it formed a mechitza.

“We did seven hakafos to designate it as a Jewish cemetery.”

In his eulogy for Robinson, Benjy Ovitsh praised Robinson for living “his life according to standards of moral integrity that few of us ever attain. His interaction with others was predicated on the values of truth, respect, and loyalty.”

Ovitsh recalled the time Robinson told him he’d “found an envelope with cash in it and there was no way of identifying the owner. Yoseph said we should hold it and see if someone would come forward to claim it.

“He didn’t have to tell me he found it in the first place. He didn’t try to persuade me to split it with him by rationalizing that it was hefker – legally ownerless.

“A day or two later, an elderly, non-Jewish customer asked if we found an envelope with cash. Yoseph immediately handed him the money. The man was moved to tears, not because of the few hundred dollars, which he was certainly happy to have recovered, but because he was touched by the goodness of others – by the selfless, giving, loving nature of another human being. That was Yoseph Robinson.

“It was a beautiful Kiddush Hashem – sanctification of Hashem’s name.

“But he didn’t stop there. Yoseph carefully explained to our happily stunned customer that this is what Jews do, that it’s a mitzvah to return a lost object to its rightful owner. That man will forever – forever – see Jews in a special light.” 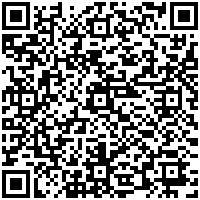