In a speech Monday, Democratic presidential hopeful Joseph Lieberman vowed to work for congressional passage of a bill that would guarantee a range of benefits to partners of gay federal employees, and declared his staunch support for affirmative action and abortion rights ? including the partial birth procedure opposed by many Democrats.


More recently, the Connecticut senator has increasingly positioned himself closer to the socially liberal base of the Democratic party ? the very voters whose backing is so crucial during state primaries.

The gay rights legislation referred to by Lieberman was introduced in 2002 by Minnesota Democratic senators Mark Dayton and the late Paul Wellstone, and will be reintroduced in this session of Congress.

?If it doesn?t get done in the next two years,? said Lieberman, ?I intend to introduce and sign it as president of the United States.?

Lieberman sought to draw a parallel between gay rights and his work as a young man in the 1960?s civil rights movement. He recalled the inspiration he derived from Martin Luther King Jr.?s determination to make good on ?the promissory note to which every American was to fall heir.? That note, Lieberman declared, is yet to be redeemed.

Also in his speech to the Reform Jewish group, Lieberman endorsed the admissions program of the University of Michigan, which provides extra points to minority applicants.

Critics of the Michigan program contend that its provisions are precisely the sort that Lieberman had opposed throughout his Senate career, until Al Gore selected him as his running mate in 2000.

It was at that point, critic say, that Lieberman, under attack from the party?s more liberal elements, began to modify his positions on affirmative action, abortion and other social issues.

On abortion, Lieberman told the Religious Action Center that ?women must have the right to choose, and we will continue to fight for that right.? He denounced a recent Senate vote banning the procedure known as partial birth abortion

Lieberman?s stand on gay rights is not an altogether new one for him; in the late 1970?s he helped shepherd a gay rights bill through the Connecticut State Senate. The measure, which passed by just one vote but failed to win approval in the House, became law a decade and a half later.

During his vice-presidential debate with Dick Cheney in 2000, Lieberman voiced support for some form of recognition of same-sex relationships but stopped short of supporting equal marriage rights.

Describing what kind of recognition he favored, he said, ?I?m thinking about this because I have friends who are in gay and lesbian partnerships who have said to me: ?Isn?t it unfair that we don?t have similar legal rights to inheritance, to visitation when one of the partners is ill, to health care benefits??

?And that?s why I?m thinking about it. And my mind is open to taking some action that will address those elements of unfairness while respecting the traditional religious and civil institution of marriage.?

IDF to Allow Reform Clergy to Officiate in Military Funerals 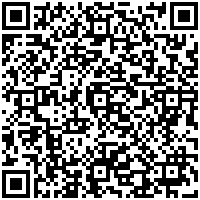