The New York Yankees and their fans observe April 27 as Babe Ruth Day to remember the home run slugger’s exploits on the baseball diamond. Jewish New Yorkers, however, this year marked the day by remembering another side of Ruth – his little-known efforts to aid African-Americans and other minorities, including Jews in Europe during the Holocaust.

In a program at Temple Israel in Manhattan, Ruth’s granddaughter, Linda Ruth Tosetti, joined with Dr. Rafael Medoff, director of The David S. Wyman Institute for Holocaust Studies, to describe their research on Ruth’s social activism. Rabbi William Gelfand, sporting a baseball cap with “Yankees” embroidered on it in Hebrew, emceed the event.

Tosetti shared with the standing-room-only audience a number of family stories illustrating her grandfather’s concern for the less fortunate. She also showed an excerpt from her forthcoming documentary film, “Universal Babe,” concerning Ruth’s efforts on behalf of minorities.

During the 1920s and 1930s, Ruth courted controversy in the off-season by barnstorming with players from the Negro Baseball League. At a time when racial segregation was rampant in the United States, Ruth defied convention and took part in exhibition games with African-American players.

“My grandfather made a powerful statement against racism,” Tosetti said. “Many people resented his actions – but they couldn’t lynch Babe Ruth. He was an American icon. And he used his status to demand equality for blacks.”

Ruth also actively assisted the Women’s Baseball League, which was later immortalized in the Tom Hanks film “A League of Their Own.”

Dr. Medoff spoke of Ruth’s key role in a full-page advertisement in the New York Times in December 1942, in which he and other German-Americans denounced the Nazis’ persecution of European Jewry.

“At a time when most Americans still doubted the truth about reports about the Holocaust, and few were interested in helping Jewish refugees, Ruth spoke out and tried to shatter the silence,” he said.

The ad, headlined “A Christmas Declaration by Men and Women of German Ancestry,” declared, in part: “[W]e Americans of German descent raise our voices in denunciation of the Hitler policy of cold-blooded extermination of the Jews of Europe and against the barbarities committed by the Nazis against all other innocent peoples under their sway,” the declaration began.

“These horrors … are, in particular, a challenge to those who, like ourselves, are descendants of the Germany that once stood in the foremost ranks of civilization.”

The ad went on to “utterly repudiate every thought and deed of Hitler and his Nazis,” and urged the people of Germany “to overthrow” the Nazi regime.

Medoff, who has written extensively about the involvement of athletes in political and social policy controversies, said Ruth’s willingness to participate in a protest against the persecution of European Jewry was “a welcome contrast with today’s athletes, whose off-field activities are too often sources of scandal and embarrassment.”

Widely regarded as the greatest baseball player in history, Ruth in his time held the records for most home runs in a season (60) and most home runs in a career (714) as well as other records – including the pitching record for the most shutouts in a season by a left-hander. The Sultan of Swat, as he was known, was one of the first players elected to the Baseball Hall of Fame.

The audience at Temple Israel also had a few standard questions for the baseball legend’s granddaughter. One attendee asked if there was any truth to the story that on one occasion Ruth gestured with his bat toward the center field fence, and then hit a home run in exactly in that place. 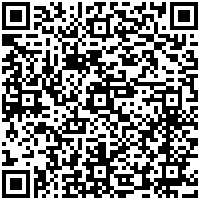