We all have heard the phrase, “Money is the root of all evil,” but I strongly feel so is low self-esteem.” Back in the day, the term used by mental health professionals was “inferiority complex,” and indeed, feeling inferior is a complex, psychological state that can trigger extreme inward despair or extreme outward anger, resulting in internal or external destructive behaviors.

Low self-esteem can handicap a person’s ability to live a happy and productive life. I truly believe, though I am not a psychologist, that a poor self image is caused by ongoing verbal and emotional abuse suffered by individuals in early childhood and throughout their growing up years and beyond.


And without therapy to help people gain insight and recognize that what they thought was “normal” in the way they were spoken to and treated, was actually abnormal and soul-damaging, they will be unable to get off the familial and familiar carousel of abuse.

Years ago, a young lady reached out to one of the Jewish Press therapists and wrote of her shock when she spent a Shabbat at a friend’s house. Her friend’s parents spoke lovingly and respectfully to each other and the children, and they included her in their warmth. She had no idea that families could be like that, for in her home, there was just screaming and derision between her parents, and constant anger and resentment that spilled over onto the kids. That was her “normal.”

Looking at the statistics of severe depression, drug and alcohol abuse, and kids “off the derech” in our communities across the spectrum of Orthodoxy, I feel it’s necessary to point out over and over again, the lifelong suffering and turmoil and dysfunction that incessant criticism can cause.

Many of the children (now seniors) of Holocaust survivors, will share that their parents – in an effort to justify their survival and minimize their guilt for doing so – had unrealistic academic and social expectations from their offspring, and unwittingly emotionally and verbally battered their children when they typically fell short. One friend told me that her mother did not go to her brother’s high school graduation because he was not the valedictorian but only the salutatorian.

Another confided that if she didn’t get a second date from the “catch” she had been set up with, her mother would interrogate her to see what she had said that resulted in a lack of interest on his part. It was irrelevant if she had found the shidduch unappealing – it was viewed as a failure on her part as she obviously hadn’t been good enough for him. This woman married the first man who asked, and got divorced several years later.

In a Covenant and Conversation essay, the late Rabbi Jonathan Sacks wrote that in the course of his work, he visited prisons and centers for young offenders. He states, “Many of the people I met there were potentially good. They, like you and me, had dreams, hopes, ambitions, aspirations. They did not want to become criminals. Their tragedy was that often they came from dysfunctional families in difficult conditions. No one took the time to care for them, support them, teach them how to negotiate the world… They lacked a basic self-respect, a sense of their own worth. No one ever told them that they were good.”

Not everyone raised in a family where yelling, berating, criticizing, being ignored and invalidated, becomes a criminal. But often they end up either being bullies or bully bait. I believe bullies are physically or emotionally abusive in a futile attempt to “elevate” themselves by “ knocking down” – physically or emotionally someone who they perceive is vulnerable and easy to intimidate.

The Torah understands man’s tendency to take advantage or lord over those perceived as vulnerable, and there are many laws and stern admonitions to protect widows, orphans, servants/slaves and converts. What we would call outliers.

Alternatively, those who were made to feel as they grew up that they were sub-par and relatively worthless, often are timid, anxious, over-sensitive – baselessly feeling slighted or rejected – and people-pleasers – to their own detriment. Many are very reluctant to take risks in the work world and in their personal lives. They have a terror of failure, because they chronically were told that they were failures. So they try to avoid that “truth” by shirking away from challenges and risks that people with healthy egos wouldn’t hesitate to taking on.

When a young child tells his/her parent, “I love you” or if he/she doesn’t have words yet, but bestows a dazzling smile, he/she is thanking the parent for making them feel they have value and worthiness. Love is essentially an expression of gratitude, because when the basic needs of a child are addressed in a timely and efficient and consistent manner – food when hungry, cleaned when soiled, the baby gets the ego-building, message, “I truly matter.

If a baby cries for hours at a time before it’s finally fed, a rage builds because the inevitable message in its developing psyche is – “I am not important,” “I am irrelevant.” This rage is also fueled by its awareness that it is totally helpless and dependent on the whims of others for its survival. A future psychopath/narcissist may be developing, one who will not care about the feelings or wellbeing of other humans, because it never learned how to.

You can’t learn empathy in a vacuum. 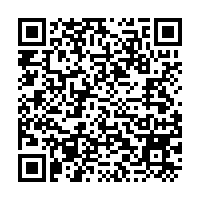