One of my joys upon learning how to read was being able to grab the comic pages of the local newspaper and enjoy the witty, and sometimes thoughtful cartoons that filled one or even two pages.

As I grew older, I started reading the news, and would believe what I read. After all, that was the raisin d’être of a newspaper – to educate the public as to what was going on locally and globally. Decades ago there was a TV detective show, and one of the detectives, when interviewing chatty witnesses, would impatiently state, “Just the facts, Ma’am.”


I thought I was getting “just the facts” as well. Reporters reported – so I believed. My naiveté ended when I was 19, and personally experienced “embellished” journalism.

Several decades ago, when Toronto was more religious, most businesses could not be open on Sunday, the day of rest for the predominantly Christian city. This mandatory closure fell under what was called the Blue Laws. Thus many shomer Shabbat stores had to be closed both days of the weekend, and faced significant loss of income. There were other reasons why shopkeepers weren’t happy with a forced Sunday closing and many expressed their unhappiness over this.

The city decided to have a forum at which people could express their opinion for or against Sunday closures. My parents had a shoe store and I decided to argue on their behalf as to why they should be allowed to open on Sunday. On a cold, wintery day, I went to City Hall.

I don’t remember how many others spoke, but ahead of me in the line to argue his point was a Seventh Day Adventist. This sect hold that Saturday is the Shabbat, not Sunday, and the gentleman kept on insisting with an increasingly agitated, accusatory tone that Saturday Shabbat observers were the victims of systematic discrimination. I didn’t agree with him, as I didn’t think there was deliberate discrimination against Saturday observers, just a bit of narrow mindedness that often goes hand in hand with policies involving majorities.

Then it was my turn. My point was that all stores should be closed one day of the weekend, so that their employees could have a day off with their families but that business owners should have the choice of being open either Saturday or Sunday, for whatever reason, be it religious, or perhaps because people preferred going fishing on Saturdays, or going to Saturday matinees at the theatre. The reason didn’t matter, just that they should have a personal choice.

I walked away feeling I had made a reasonable and fair argument.

The next day, I was flabbergasted to see a headline in a local Toronto newspaper with a blaring headline, “Seventh Day Adventist and Orthodox Jew declare religious discrimination!” The article went on to describe me as wearing a black hat and long black coat – no doubt to emphasize that I was one of “those people” and a religious fanatic! As I mentioned, it was a very cold winter day, and winter coats and hats decades ago, and even currently, are usually black or dark brown. I’ve yet to see a floral, pink and orange and yellow winter coat!

I was shocked by this misinterpretation of what I had said because I had emphasized several times that store owners, who for whatever reason, were closed on Saturdays, should be allowed to be open on Sundays. Yet they had lumped me with the other speaker who had loudly claimed religious discrimination.

That was my first introduction to false journalism. Where words were twisted in order to sell newspapers and no doubt catch the attention of the readers and maybe influence them to think positively or negatively about the subject being written about. Nowadays, “just the facts ma’am” journalism has become as obsolete as Morse Code.

But I learned another eye opening lesson a couple days later. I was making my way to school by crowded subway when an older well dressed gentleman smiled at me and asked me if I wasn’t the young lady who had spoken at the forum the other day regarding Sunday store openings.

I was quite startled that he had recognized me and approached me. It was a benign encounter, but I was very disturbed by it. Is this what “fame” feels like? I wondered. Having nameless strangers approach you and talk to you – or in worse case scenarios that I’ve read about, surround you or try to grab your hair or clothing or in extreme cases, stalk you? Why would anyone want to live a life imprisoned in a glass bowl, their very words or movements analyzed and commented on by a fickle media or obsessed fans?

The Torah very wisely emphasizes a modest, quiet, lifestyle. One’s focus should be on having a shem tov in one’s community; and to the best of one’s ability – and without an “aren’t I amazing” attitude – to enhance other people’s lives through kindness and generosity.

To not crow about achievements, or show off success with an “in your face” luxury lifestyle for friends and foes alike to observe and comment on. Being patient and understanding and giving of your time or money or strength to those whose need it makes you matter, not displaying it.

In a world where sheker has replaced integrity; where deliberate distortions and outright lies are the “new normal” – being “famous” is a liability – not an asset. 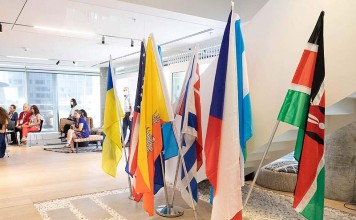 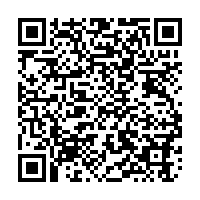