By dawn, the song was finally finished – by dusk its composer was dead, and Avi’s uncle was in a coma, fighting for his life. Months later, after a miraculous, but very slow and gradual recovery, he returned home and married the intensive care nurse who had stayed by his bed, long after her shifts had ended, determined that he survive. She had been the one to store the gear the army had brought to the hospital from his tent, and it was she who had asked him why he had a tape recorder in his bag. He had told her that it belonged to Dov Walbrom, and that he must return it to his wife. But Chana Walbrom was nowhere to be found, her dira occupied by another family. Numerous ads placed in newspapers were to no avail.

The tape recorder containing the last song Dov Walbrom ever sang sat in a safe-deposit box, buried but not forgotten by the man who placed it there. From time to time the doctor would make inquiries, especially when he came across American patients, or when lecturing at medical conferences in the United States, but to no avail.

Two days later, the day before the wedding, a package was delivered by express mail, the result of several phone calls to Israel by Avi’s uncle. After it’s arrival, he asked Chana Bendiner to meet with him, saying he needed to speak to her before the wedding. Baffled curiosity tinged with puzzled apprehension in view of the timing of his request – he must have known how busy she was – caused her to agree right away.

The uncle of her future son-in-law – and the last person to see her late husband – gently and with a warm simplicity that bespoke a compassionate but truthful bedside manner, told her how he had been looking for her for a very, very good time. It was hashgacha pratis, Divine intervention that had finally enabled him to complete the seemingly hopeless mission he had set for himself a lifetime ago.

He had bunked with a young medic with deep brown eyes and reddish hair – like the kallah‘s. A medic who had been up all night putting the finishing touches on a song he was planning to sing at his daughter’s wedding. He had cleverly titled it, Matana Sheli – as it dually meant My Matana, as well as My Gift.

As he spoke, Chana Bendiner trembled, feeling light-headed but holding onto each and every word, reluctantly letting them go, knowing that soon the doctor would end his tale, and there would be no more left, and the verbal door that had briefly opened the past and allowed her a glimpse of her Dovi would shut. As soon as he had mentioned the Yom Kippur War, Chana had grasped immediately that the doctor was somehow linked to her other life, but did not anticipate, and was therefore stunned and overwhelmed, when he handed her the object whose rightful owner he had, up to that week, been fruitlessly looking for.

Avi’s uncle had enlisted the services of a grateful former patient who owned a recording studio. His request was simple. Transfer the contents of the tape onto the latest state of the art disc, enhancing as much as the music that may have been damaged by the passage of time. Not tomorrow, not next week but immediately and send it to America.

A day later, a radiant Mati, her burnished hair covered by a snow white veil that brought out fiery, reddish hues, escorted by her mother and Avi’s, walked slowly but confidently to her chuppah, as a golden voice from the past cut through the years to the present, and accompanied his baby girl to her future. 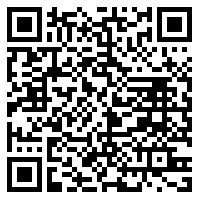