The story of Chanukah revolves around a family known as the Maccabees. They are credited with ousting the oppressive Greek regime that had conquered the land of Israel.

Who were the Maccabees? They were a family of kohanim who may have been more comfortable in a bais medrash than brandishing a sword. Yet, they understood that if there was going to be a continuation to Am Yisrael, they would have to defend the nation against the influence of the pervasive Greek culture with its focus on body worship and physicality and a multi-deity religion.


The Maccabees declared war on the pagan entity that was threatening the Jewish way of life. The odds were against them, but they were determined to try. If they failed they would still be winners, because they did not passively accept a toxic reality. The fact that they were engaging in a lopsided war did not deter them.

I imagine that their emunah was fortified by the story of David versus Goliath. A young shepherd boy took on a seasoned warrior in full body armor and overcame him with a single stone.

When I was a kid, I would watch Star Trek. In many of the episodes a desperate Captain Kirk, aware that certain destruction awaited his crew and his space ship, would order his chief engineer, the exasperated Scotty, to use warp speed to get them out of a very threatening situation. He had 20 seconds to finish repairing the damaged mechanism.  Scotty would plaintively bleat that he needed at least a minute and a half, saying, “Captain, I canna change the law of physics!” Yet he always pulled it off.

So did the Maccabees.

Interestingly, the Jews were not in any physical danger; there was no Amalek gearing up for their physical annihilation, as during the time of Esther.

However, the Maccabees recognized that spiritual annihilation was just as real of an existential threat to Jewish continuity and so they rallied the people and physically fought for their survival.

It’s a lesson we need to absorb, fighting back – even if it’s against our nature.

In today’s global climate of hate, Jews are being singled out for both physical and psychological harm. Non-violent acts of anti-Semitism – tires being slashed, Nazi graffiti spray-painted on garages and on shul walls – have increased in recent years. More worrisome is the escalation of assaults, muggings, beatings of visibly Jewish individuals and even murder of innocent lives. It’s become open season on Jews.

To this end, I think it’s time that yeshiva bachurim and girls in high schools and seminaries be taught self-defense. It may be necessary to put the Gemara down for an hour every day and use that time to have martial arts experts teach these young adults how to protect themselves. A popular self-defense course taught to IDF soldiers is called krav maga. Krav Maga was developed by a Jewish boxer and wrestler, Imi Lichtenfeld, who used his fighting skills against street gangs looking to beat Jews. He eventually adapted techniques used in boxing, wrestling, karate and judo and, after making aliyah, taught his defensive/aggressive fighting methodology to Israeli soldiers.

Please understand. I don’t think every incident is fueled by Jew hatred. Some might result from the perception that Jews are easy targets, too mild mannered and clueless to know how to fight back.

I remember an incident when I was about nine. There was a variety store down the block and teenagers would hang out there and play on the pinball machines. If the player was too enthusiastic and pushed against the machine, it would tilt and the game ended. There was a frum boy, probably in his mid teens, who liked to watch the high schoolers play.

One time he leaned against the machine and it tilted and the game ended. The annoyed player went up to him and slapped his face. The frum boy didn’t say anything and accepted the slap like it was a normal occurrence for him. I believe it must have happened before. I remember cringing with embarrassment that the boy did not defend himself. So when it inevitably happened again a few minutes later and he caused a tilt, (that was the player’s perception), the bully slapped him again.

I always feel that it’s important to fight back – even if you are going down, at least the opponent will have a scratch or bruise as well. We had a very long ride to school and some of the kids would pick on my brother and me and push us around. Sometimes the fight would escalate and they punched or hit us, but I always gave back, even raking my nails against their arms to make them let go. I might have been left crying, but they weren’t exactly smiling as they nursed their own wounds.

Our kids need to be taught defensive moves, to exercise and lift weights and just have stronger and healthier bodies, because ironically, it will sharpen their minds and increase their stamina to learn – and help them outrun any attackers or stand up to them.

In Israel, young people who have been in the army know how to respect and use a gun. I believe there are more and more North American adult Jews who are emulating their Israeli counterparts and buying guns where it is legal to do so with the intent of using them to protect their homes and shuls if necessary.

Any mugger might think twice if he thought he could be seriously damaged when attempting to accost a Jew.

The Maccabees were peaceful scholars. But they saw that Jewish survival was being threatened and they took the initiative to protect Yiddishkeit. A timely lesson to pass down to future generations. 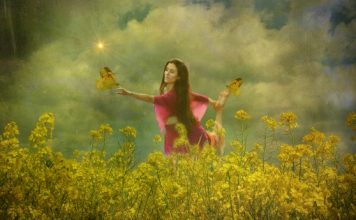