In a recent column I suggested that a crucial component of being in a successful relationship – whether a friendship, a marriage or in the office – was the ability and willingness to validate – if not necessarily accept – another person’s “take” on a particular situation.

I described a mindset that is open to and respectful of a “parallel reality.” Since no two people on this planet have had the exact same experiences, it is inevitable that people will view and subsequently react to an occurrence differently. I gave as an example the situation of a husband, a hardworking accountant, coming home late from work, fatigued and stressed out (it being tax season) and hearing his wife, a stay at home mother of three, complain how hard her day was with the kids – one threw up, one colored on the wall, etc. He wisely acknowledged she had had a rough day. He might privately think her day was quite mild compared to his – but he understood that from her vantage point, she truly believed hers was worse than his.


I pointed out that it is important to acknowledge people’s feelings, even though you might have reacted quite differently. For example, a child who lost a beloved, ragged teddy bear will experience a grief as potent as that of a woman who lost a piece of jewelry given to her by an adored grandmother. Smart parents will validate their child’s feelings and console him, instead of dismissing his reaction and telling him he’s a big boy and should stop crying, it was only an old stuffed animal and due for the garbage anyhow.

Even though you may not totally agree with a person’s interpretation of a situation, it is important that you realize it is his/her truth, and act in a way that respects it.

In some extreme cases, you must not only reject a person’s parallel reality, but distance yourself from it lest it overpower and distort your own reality, and make you confused and create doubt in your self-integrity and competence.

Unfortunately, there are people whose reality is so skewed, so twisted and removed from that of the overwhelming majority, that acknowledging or giving any legitimacy to that “parallel” reality can disrupt one’s well being and even be life threatening. Sadly, there are people who, due to mental illness or being raised in an emotionally toxic environment, have a misshapen view of what is real, and in some circumstances people connected to them through birth or marriage should, to the best of their ability, remove themselves from their sphere of influence.

The yardstick for properly assessing whether someone’s take on reality is benign or toxic is the extent it negatively or positively affects your life – and their own.

For example, a teenager eating lunch with friends nibbles on a small salad. “I have to lose weight,” she insists. “I am sooooo fat.” This is her reality. She looks in a mirror and sees a fat person. If her friends see her as slightly chubby, then they can safely validate her insistence that she is “sooooo fat,” as their friend’s “reality” falls within the parameters of their collective one. However, if her friends see an emaciated, skeletal girl, then it is obvious her reality is distorted, and they must not support it. (What they should do is alert her parents, teachers, etc., who can get her professional help).

In this scenario, it is the girl herself who is at grave risk because of her distorted reality.

Tragically, there are men, women and children whose lives are being made miserable – even unbearable – by relatives, friends, teachers, colleagues, etc. whose view of situations is totally warped and bent. For example, there are individuals who almost always feel they are being slighted, or ignored or insulted – when there is no reason at all for them to feel this way. These toxic people constantly feel offended and their “noses are out of joint” and it is impossible to please them. There are individuals who chronically see failure or inferiority when there is no basis for it, and are super critical, quick to disparage, disapprove and censure. Often they destroy their targets’ self-esteem, a crucial first step to controlling and manipulating them.

Those with the bad mazal of being connected to these warped people are subject to relentless stress and distress, and may feel trapped or hopeless – especially if it is someone they can’t easily walk away from, like a parent or spouse.

People make the mistake of trying to placate or gratify a person who is impossible to please, who unrealistically finds fault with everything. They will wear themselves out, and ruin their mental and physical health doing so.

I remember trying to be friendly to a classmate everyone avoided. I complimented her on the blouse she was wearing. She turned to me and said, “You did not say anything about the blouse I wore yesterday or the one the day before and in fact this is the first time you complimented anything I wore. Does that mean everything I wore up to today was ugly? Are you telling me I have no fashion sense at all and today’s outfit was a fluke?”

I walked away feeling very sorry for her – life must be extremely painful and lonely if you take umbrage and offense at everything, even gestures most people would view as a positive one, not an insult. But I realized life as her spouse or child or sibling must be hell, always treading on eggshells, never knowing how the simplest word or action will be interpreted; constantly trying to placate, pacify, soothe, appease and mollify someone who will make you feel inept or evil, no matter what you do. The danger lies in the supplanting of one’s healthy reality due to the relentless infliction of the warped one.

A child constantly told that he is stupid, worthless, untrustworthy, etc., by the adults in his life (parents, teachers, neighbors) will eventually believe this view of him. Their parallel reality will supplant his; for example, he might have thought that he was smart, being a B+ student, but being repeatedly told he is not up to par because he is not an A student — like his brother — will erase that reality.

To the best of their ability, people should avoid or walk away from those whose skewed reality can harm them emotionally or physically. If they are not in the position to do so, they should try to minimize their exposure or attach themselves to those with a “real” reality. Since children are especially vulnerable, try to reach out to them and show them another point of view if you are aware that their parents are, by general consensus, dysfunctional human beings. In some situations, doing so is literally pikuach nefesh. 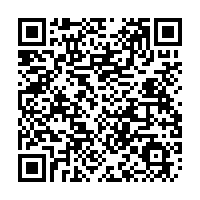