Fighting during World War II took on special significance for U. S. Jewish servicemen and women in the 1940’s. They understood that they were fighting a double war – one against the Axis of Evil, and one against blatant world anti-semitism. As Americans, they fought to protect their country, and as Jews they fought to protect their brethren suffering Nazi persecution. According to the Department of Defense, Jews made up 4.3% of the armed forces, while they were only about 3% of the overall population. Some 550,000 American Jews fought during World Ware II; 11,000 of them were killed and 40,000 wounded. They were an integral part of the Allied war effort.

The Jewish Press has been privileged to have one of those former servicemen on its staff for many years. Arthur Federman, our controller, was a member of the 103rd infantry division. The following is his story.


Ita Yankovich: Tell me about your background.

Arthur Federman: I was born in Manhattan, on the Lower East Side in 1922. My parents were both Polish immigrants. My father came in here 1912, when he was 14 and my mother came from Warsaw as an infant in 1900.

As with many of the apartments on the Lower East Side, we had no central hot water or central heat. (We had a coal stove – but rarely had coal!) We had no electricity, but we had a gas pipe hanging from the kitchen ceiling that we used for light. We had no bathroom. There was a toilet in the hallway of the building that all four families used. When it was time to take a bath, we would go to the public bath house on Rivington or Allen Street.

Around 1932 my family moved to the Brownsville section of Brooklyn. This was during the Great Depression. A few years later we were lucky enough to move into a public housing development in Red Hook – there we had hot running water and central heat.

There were no shuls in Red Hook then, so my father rented a store on Columbia Street, and with the help of a few neighbors, started a shul which was in use seven days a week. This was the focal point in building the Jewish community there. I am reminded of an amusing incident that occurred soon after the shul opened. One Monday morning a young man walked into the shul. When it was time to layn, my father who was the gabbi, asked this fellow if he was a Kohen or a Levi, he answered, “No, I’m a plumber’s helper.”

Were you afraid to be drafted?

No, I wanted to go. I felt it was my duty. In fact, when I got the draft notice and went down for the physical, the military wouldn’t accept me because I had a hernia. Unbeknownst to my parents, I went to Bellvue Hospital and had surgery so I could enlist.

You and your wife married while you were in the service. How did you meet?

I was first stationed in Fort Bragg in North Carolina. We were then shipped overseas, and landed in Liverpool, England. There was a shul there which posted lists of homes where soldiers could eat a Friday night meal; I went to eat at the Simpson home. The rest as they say is history. I met my lovely wife Anita. We have been happily married for 67 years and are great-grandparents to 22 great-grandchildren.

What was it like being a Jew in the Army?

Life changed for me dramatically, especially during basic training. There was no Shabbos or Yom Tov. Food was a big issue. Kashrus certification was not even a dream, and so for the three years that I was in the Army I survived on a more or less vegetarian diet.

When we got overseas we were always on the move, either going forward or retreating. We had no barracks or shelter. When we could rest, we slept on the ground in the snow or mud or in a ditch along the road. Regular meals did not exist. Being on the move all the time, we ate when and where we could. The meals consisted of C rations or K rations, which we carried with us. These C and K ration packets contained a variety of items, such as biscuits, cereal, chocolate peanut butter bar, dehydrated soup, hard candy, gum, cigarettes and Spam (a canned pork product) which I always traded for other goodies. Occasionally we got some hot cereal, powdered eggs, and hot coffee from the mess truck, but this did not happen too often. 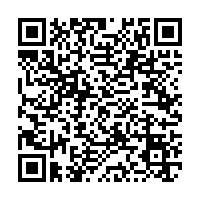