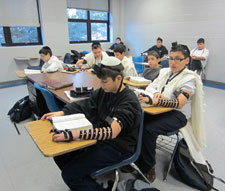 Gary was admitted into the school. His grandfather was encouraged to visit. The old, pious man arrived, leaning on a cane. At the sight of so many children, looking Jewish and learning Torah, he broke into sobs, weeping uncontrollably. “Machtz mein kind Yiddish,” he cried.

Says Gary, today an active member of the Young Israel of White Plains, board member of the Westchester Day School, and VP/Associate Tax Council at Mac Andrews and Forbes Holdings, “Not only was I accepted into the school without a discussion about tuition, but I will never forget the chicken the Yeshiva delivered to our home for our first Shabbos in the United States.”

“My grandfather was very proud that I was going to a Jewish school,” says Gary. “I am his only grandchild who received a formal Jewish education. For us, Be’er Hagolah was not just a place for me to go to school, [it acted as a social network.] When my grandfather passed away, we did not know how to go about making funeral arrangements. My mother’s first call was to Mrs. Kaufman who arranged it all.”

From Atheist to Observant Jew

In an essay titled, The Portrait, Malka Fleytman Zolotykh, a former student, writes, “A family portrait, dated 1926, captures three generations. The white bearded older man wears a large yarmulke. His wife’s head is covered with a black tichel… They share…an anguished and weary look that betrays their inner pain and turmoil… After all, the place is the Soviet Union… In this picture, their son and his wife wear [modern] clothing and their heads are [bare]. What will the grandchildren look like?

“…In the early ‘80’s the couple passed away… Today, their descendants are dispersed throughout the world… The vast majority of them are non-observant. How can one not feel the pain of the Bubbe and Zaide in the portrait?

“Seventy-five years later,” continues Malka, “The portrait of my ancestors rests on my bookshelf in my Lakewood apartment. The two-year-old child in the picture is my grandmother. My husband, Pinchas, is learning in the Lakewood Kollel, I work in computers, and our baby… well, he’s learning to crawl.

“Thirteen years ago, I was a fifteen year-old atheist, just arrived from Russia,” says Malka. “No, I did not want to come to Be’er Hagolah because I wanted to learn about my heritage and cause drastic changes in my rational and oh so Russian head. ‘If you want to keep Torah, keep it to yourself!’ was my attitude. Yet, love and care from my teachers slowly washed away many of my internal barriers… They transformed the way I viewed the world and myself… They replaced the extended family we left behind. [I began to commit to] Shabbos, kashrus, and then went off to Israel to learn Torah and get a degree in computer science. It’s thanks to Be’er Hagolah that my family and I are living as observant Jews in a Torah metropolis like Lakewood, New Jersey.”

The staff is really invested in their students’ best interest. As Rabbi Avner German, the school’s dean expresses, “The teachers here do not look at it as a nine-to-five job; they look at it as a mission.” Teachers open their hearts and homes to their students. There are some teachers who have students for Shabbos each week so that they could observe Shabbos properly, while others prepare food and package it for some students, whose parents refuse to allow them to leave for the weekened.

Be’er Hagolah is more than just a school to the students, it becomes their second home. There are teachers who take their students clothes shopping so they can learn how to dress appropriately. Many staff members use their personal funds to pay for students to go to summer camp, purchase religious items for students, even things like toaster ovens or dishes so that they could keep kosher in their own homes.

“I have teachers from ten or fifteen years ago that I still keep up with,” remarks Chana Polischuk Touretski, today of Monsey, New York. “They are like my sisters. Our children play together; we do favors for each other.”

Reaching Out and Touching Lives

Victor Boyko enrolled when he was twelve. He had won numerous math awards and was a genius, his parents explained, and they were registering him at the school because they heard it offered an impressive education. Victor could not speak a word of English, yet, he far surpassed his class in academics. Be’er Hagolah hired a private teacher to teach him on his level. Additionally, Rabbi German, a”h connected him with a professor in a well-known college who learned with Victor online in Russian. 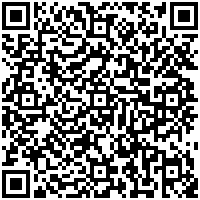