Back in the old days, we used to use our phones to call people.

But that was a very long time ago, long before our phones became our dedicated personal assistants, helping us manage our lives and capture those “Kodak moments.” I have had more than a few people tell me that they use their phones to do just about everything except making calls. Thus, products, gadgets and software to help our phones increase their capabilities are hotter than ever, with more of them making their way to the market with every passing month.


Apple’s family of iPhone devices have been collectively named the most popular camera in the world by photo sharing website Flickr for the past several years, and it should come as no surprise that people prefer pulling out their phones to get those shots instead of having to carry around a separate camera. But while Apple’s pricier models with multiple lenses allow users to capture really stunning photos, those of us who have just a single lens can’t get that kind of quality from our devices, spawning a market for add on lenses to boost any camera’s ability to take better pictures – some are mounted directly into a camera case that fit a specific phone, while clip-ons can be attached to just about any cell phone or tablet. Prices ran the gamut, with some retailing for less than $5 on Amazon, but you get what you pay for. If you are buying a lens to get better pictures, it makes sense to spend a little more for pictures that you will be proud to share with the world and whose higher resolution will allow you to blow up photos to your heart’s delight. I spent quite a bit of time doing my research and reading reviews before getting my hands on two Black Eye lenses. The first, a wide angle G4 lens gives me the ability to capture a 160 degree view, pretty much doubling what I can get on my iPhone 8’s regular camera. The second is a pro-portrait tele G4 that I am absolutely in love with because I can great pictures of my kids, zooming in two and a half times closer than with my phone’s regular lens, giving me less background and more of their gorgeous little faces. Both lenses, available from The Grommet, come with a sturdy clip that stays in place and I have been able to use them without having to take my phone out of its protective case, definitely a welcome feature.

While we have yet to succumb to the notion of having Alexa or another virtual assistant completely running our home, there is definitely something to be said for being able to control devices from a smart phone. Trying out some smart plugs seemed like a simple enough way to test the waters. Once again hitting the web to find a product that garnered rave reviews, I came across Wyze smart plugs, which at $15 for a two pack earned accolades from C-Net as the cheapest smart plug, in addition to being one that handles basic functions with relative ease. I was primarily interested in being able to set up schedules for Shabbos for lamps and other such things, and the Wyze app was intuitive and easy to work with. The plugs are Alexa and Google Assistant compatible and respond to voice commands through those devices. They also support IFTTT (If This Than That) to interact with other smart devices and have a vacation mode to turn things on and off randomly while you are away, which is pretty cool.

Also from Wyze at a bargain price is their Cam V2, with full night vision, a 110-degree wide angle lens, a clear display and two way audio, giving you the ability to keep an eye on the goings on in your home or office from your smart phone. The Wyze Cam mounts easily and can be pointed in any direction to capture a live feed, and like the Wyze plugs are Alexa, Google Assistant and IFTTT compatible. With free 14-day rolling cloud storage and continuous recording to an optional microSD card to store seven to eight days’ worth of videos, the Wyze Cam offers a lot of bang for the buck for a device that retails for $19.99.

The RemoBell S video doorbell is another highly rated device with an attractive price tag that lets you use your smart phone to simplify life when someone shows up at your front door. Named as PC Magazine’s Editor’s Choice this past April, the RemoBell S is easy to install and offers motion detection and nice video quality with a 180-degree field of view, albeit recorded in fisheye mode. While you have to pay extra for rolling cloud storage with most video doorbells, RemoBell S offers three days of storage at no cost, with 30 days of storage priced at just $30 per year. At an attractive price point of $99, RemoBell S is filled with surprising number of features, but be advised that it is a hardwired device, so if your doorbell is battery operated, this one is not going to work for you.

Finally, it goes without saying that there isn’t a smart phone in the world that is going to make your day easier if it isn’t properly charged. Nothing ruins my morning more than discovering my phone didn’t charge overnight. Most times it’s a bad cable that met a premature death from being plugged and unplugged every day. To the rescue is Sugru, a super-cool moldable glue that comes in individual sealed pouches and is pliable for 30 minutes after being opened, hardening to full strength silicone rubber after 24 hours. I used one five gram package to reinforce my charger cable at the stress point where the wire meets the head and to fix a broken handle on a refrigerator bin, but the uses for this stuff are practically endless. Available from The Grommet, Sugru is weatherproof and heat and cold resistant, bonding permanently to a wide variety of materials including rubber, glass, ceramic, metal, wood, non oily plastics, tile and walls and capable of holding up to 4.4 pounds of weight. The sky’s the limit when it comes to Sugru, which comes in several colors and can be used to repair broken sneaker soles, restore refrigerator seals, create hooks and about a million other things.

It was nearly a year ago that Vitamin Water issued its now famous challenge, offering $100,000 to an individual who would give up their smartphone for an entire year. The contest was definitely a daunting proposition and while Elena Mugdan of Queens recently told CNN that giving up her smartphone for the contest was one of the best things she ever did, most of us are still happily hooked, scrolling our way through our day-to-day lives. There is no doubt that smart phones can be perpetual time wasters, but hopefully the available gadgets, apps and inventions will make both us and our phones more productive, giving us extra time to spend on the activities and people who matter most. 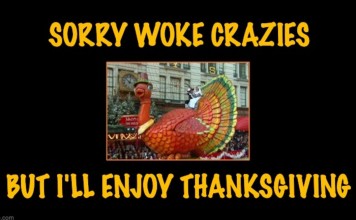