I made my way down Shefa Chaim Street toward the “Beit Halevayot” where funerals take place in Jerusalem. Hordes of girls, students dressed in navy and light blue uniforms, hurriedly proceeded uphill. Youngsters move uphill; they look to the future, they have so much to look forward to. I wondered if any of their teachers were among them. I was on my way down to the funeral of a beloved teacher whom I had not seen in over fifty years, but with whom, oddly, I had been in touch just a number of weeks earlier.

The girls kept streaming uphill, hundreds of them, and I stared in wonder at how the Bais Yaakov movement has grown in Israel, and in America. Memories of my own school days in Bais Yaakov of Williamsburg surfaced, and my thoughts filled with memories of the woman who had passed away at the age of 94 in Brooklyn, and who had been brought to her final resting place in Yerushalayim – memories of Rebbetzin Rachel Brudny, my fourth-and eighth-grade Hebrew teacher. Rebbetzin Brudny continued teaching until the age of 82, a total of some 62 teaching years, and my memories of her accompanied me to the Beit Halevayot at Shamgar, and still remain with me today.

I am grateful for my memories; most are good. When my editor at Olam Yehudi asked me to submit a short 500 word article about a Pesach memory, the one I chose to write about was the set of five machzorim that I received from my grandfather zt”l some seventy years ago in return for his afikomen that I had stolen. I asked for machzorim due to Rebbetzin Brudny, my inspiring teacher, and I have been davening from them all these years – first in America and then for nearly fifty-nine years in Israel. Every Yom Tov when I open the relevant machzor, Rebbetzin Brudny comes to mind.

Before Pesach, I phoned the Rebbetzin’s niece in Kiryat Shemonah to ask about her aunt. She told me that her aunt would be celebrating her 94th birthday shortly after Pesach, on the 27th of Nissan and, although her aunt suffered from macular degeneration and her eyesight was severely disabled, her mind was fully intact.

“My aunt remembers everything and everyone,” she said.

She gave me her aunt’s telephone number and encouraged me to phone. To my amazement, Rebbetzin Brudny – with whom I had almost no contact after I graduated elementary school in 1954 – remembered who I was, and was delighted to hear from me.

I told her that every time I opened one of the machzorim my grandfather gave me, I remember her, as she was the teacher who inspired me to ask for something meaningful in return for the afikomen. The Rebbetzin, an eternal teacher, made me promise that I would send her a copy of the article after it was published, and I promised her that I would. She wanted to see my article in print, she wanted to stay in touch, and encouraged me to move forward. She was so excited that I had phoned, “I wish you were here so that I could put my arms around you and give you a big hug.”

That was the Rebbetzin, warm and loving. I remember her as a beautiful young woman, a teacher who loved teaching, a teacher who inspired her students, and students who loved and admired their teacher in return.

Rebbetzin Rachel Leshinsky Brudny was born in 1925 in the town of Mir, in Belarus. Her father studied in the Mir Yeshiva until 1939 when the Nazis rose to power and destroyed Jewish communities throughout Europe. The yeshiva fled to Vilna until 1941, where many students and their families received transit visas to the Far East from the famous Japanese Consul Sugihara in Lithuania. The Leshinsky family miraculously received visas to America, where they landed before Shavuot 1941.

At the age of sixteen, the Rebbetzin started a new life in the United States, yet despite her new surroundings she continued to long for her birthplace Mir. She longed for the streets of the town where she had lived and breathed the values of a pure Torah life. Her childhood memories remained with her until her very last days on earth.

Rav Shmuel Brudny zt”l, the Rebbetzin’s husband, eventually became the Rosh Yeshiva of Yeshivat Mir in Flatbush. Today, it is their son, Rav Eliyahu Brudny, who is Rosh Yeshiva.

Rav Elya eulogized his mother at the levaya, and he mentioned that about two or three weeks before she passed away, she dreamed that she was a child again in Mir, running through the streets of the town. She knew exactly where everything was located, and she knew all the great rabbanim of the yeshiva in Mir.

The gematria of the Hebrew letters of her name Rachel, add up to 238, equivalent to the letters in the words “vayehi or – and there was light.” When Rebbetzin Brudny entered our fourth-grade classroom in Bais Yaakov of Williamsburg, radiant light entered with her. Vayehi Or: her face shone, emanating warm rays. Her soft voice, her modesty, her attention to aesthetics, her desire to see every one of her students achieve their potential, and her personal concern for each individual, comprise many fond memories. Her students became permanently attached to the Rebbetzin. She was the first and only teacher I can remember who invited us to her home where she held “Shabbos parties” for us, and she was the first teacher with whom I developed a personal relationship.

A few hours later, the Rebbetzin returned her soul to her Creator.

“Hashem gave, and Hashem has taken away, may the name of Hashem be blessed.” 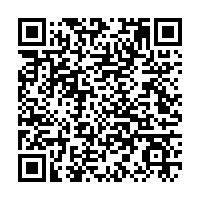