Home Magazine Archives Psycho-Neurological Testing
Share on Facebook
Tweet on Twitter
Many well spouses have written to say that their partners’ behaviors has changed drastically, making life very difficult for the entire family.  “What in my spouse’s behavior is choice and what is a result of the illness and beyond my partner’s control?”  It is a question that tortures many spouses of the chronically ill. If the behavior that I dislike is not a direct result of the illness, the assumption is that the spouse has control and can change her conduct. Sick or not, isn’t she responsible for how she is acting toward me and how it affects our marriage?  However, if the behavior is caused by the illness and the spouse has no control over it, well spouses say they will somehow deal with it.  They will find ways of coping and develop strategies to work around it. They can forgive it, understand it and let go of the hope that things will change. But how are they to know the difference?

In several of the letters well spouses tell me their sick partners have, without their knowledge, applied for, received and maxed out several credit cards, leaving the family to cope with an incredible new debt.  In other letters, they discuss how ill husbands have begun to display odd behavior in social situations.  This causes their well spouse embarrassment that results in their further isolation as they now avoid social gatherings because of this behavior. Still others write how their ill spouses have begun to behave inappropriately in intimate areas with them and other family members. Some display behaviors that put their job at risk. Others put themselves in dangerous physical situations, as if they no longer know how to cross a street safely or function in a kitchen or dress appropriately for the weather. Whether this out of place behavior is a result of the chronic illness is the question that plagues the marriage.

Psycho-Neurological Testing is what many well spouses feel will give them the answers they are seeking.  As one spouse wrote, “I am in the process of having my husband tested by a neuro-psychologist…and we can go from there to get proper therapy for him.” Another wrote, “This is not the man I married [so many] years ago. I’m hoping the psycho-neurological tests will help bring him back.” But what do these test measure and will they provide the well spouses with the answers they are seeking?

There are several parts to this type of testing. An MRI of the brain and spinal column can show lesions. Different parts of the brain and nervous system are responsible for our different abilities. Speech, understanding information, social skills, motor skills, problem solving etc., all come from different parts of our brain. A lesion on a particular part of the brain can indicate a decline in that particular ability. For example, a lesion on the part of the brain that is responsible for memory may explain why a person is having difficulty remembering. The size of the lesion, as well as the location, and measuring the change since the last test, can also help determine if the loss is progressive and what to expect in the future.

Another part of the testing may be in the form of paper and pencil tasks as well as question and answer. Responses to parts of the test are timed and compared to what is considered a normal response time. For many people these tests are given at periodic time intervals. The first time the test is given, it establishes a base line. Further deterioration, if there is any, is measured according to this baseline. Has the ill spouse scored lower on these tests than he did six months ago? If he has, this may be an indication that further deterioration in this particular area will occur.

For example, let’s take the area of social skills. Initially, testing may have placed the person at an average level but now, six months later, testing shows a decline and he scores in the low average range.  This result supports the decline in social behavior the wife has been seeing and indicates to her that the behavior has not been one that the ill spouse has decided to make, but that the loss is physical.

Many well spouses tell me this information helps them accept the behavior they are witnessing. It takes away the arguing and the feeling that the behavior is deliberate. For others it raises fears; what is the wife to expect in the future, more of the same? Will there be further decline?  And still for others the question is, is it possible for the ill spouse to relearn the skills that the testing has shown that he has lost? Is it possible to compensate for some of these loses? 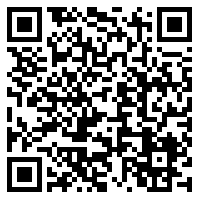