It’s the classic image – the pumpkins; the berries; the squash, the turkey. It’s the beginning of a season that brings with it a sudden, exciting feeling. It’s the crisp fall air turning to gray winter; the strings of perfect, colorful leaves decorating doors and houses, the bright hues of reds and oranges. It almost feels like the cinnamon in the pumpkin pie is somehow in the air.

Thanksgiving. It’s a time of gratitude. Gratitude for the freedom we have in the United States. So many Jews celebrate this holiday, thankful that after so much oppression, Jews can live peacefully in this great country.

The theme of the season forces me to think back to the very first Thanksgiving. This was a celebration the pilgrims made when they first came to America. After so many hardships in the New World, they finally harvested food and had a chance of survival. They were thankful for Squanto, a Native American, who helped the early settlers through.

These thoughts overwhelmed me with a sense of gratitude I feel the need to express. Have you ever thought about who holds up our Jewish communities? Who keeps the world turning? Whose zechuyos keep us alive? Have you ever stopped to thank the people who keep our chinuch system going?

What about thanking our gedolim?

I once heard a teacher say, “At a certain point in my life I knew more names of actors and singers than I knew of Gedolei haTorah.” It struck me. We spend our lives chasing after a society and culture which have so little to do with us, and we never stop to notice what is right in front of us. Do we ever stop to contemplate and appreciate the people who devote their lives to disseminating Torah?

Your son’s Rebbe deserves respect; no matter what grade he gave your son on his Gemara test. The rav of your shul deserves a lot more respect than chatter during his short lecture. The Gedolei HaDor deserve much more than a careless shrug of the shoulder at the news of their illness or petirah.

Most of the time we do not focus our appreciation on the talmidei chachamim in our neighborhoods – that includes the young men sitting in kollel, the balabatim who run to shiur before or after work and the retired men who after years of working are now spending their time in a yeshiva setting. How much do we appreciate the rabbanim who lead our communities? Do we thank them for their time, for their hours of service?

What generation has had access to so much – shiurim on a variety of levels, website where one can download divrei Torah, at no charge? When in our history were there any so many schools to choose from? When did we ever have so many interesting speakers, teaching Torah on a daily basis?

There is so much knowledge available, and yet, many of us don’t even stretch out a hand to grab onto it. So many opportunities, yet we don’t care. So many lessons, yet we never take them in. We chase after a government. We chase after their way of life. How many names of gedolim do you know?

This lesson is clearly evident in the Purim story. The spiritual leader of the time, Mordechai, advised the Jews not to attend to royal party. The Jews scorned his opinion, claiming he was “an old Rabbi, stuck in ancient times and unaware of the political dues they had to pay.” Then tragedy struck, and all the Queens connections were worth nothing; what saved them was following the “old leader’s” suggestion to pray and fast.

We can chase after all the political leaders we want, but at the end of the day, what will save us is the Torah learning of our talmidei chachamim and of our young children.

It’s the season. It’s Thanksgiving – let us give thanks for what we have that actually matters: our Squanto, the people who throw away careers, throw away sleep and are there, twenty four hours a day, supporting our world with Torah.

Chazal teach, “Asay licha Rav”; I’ve heard it paraphrased numerous times to, “Asay licha Rebbetzin.” Each of us needs a guide or a mentor who can see clearly when we can’t. 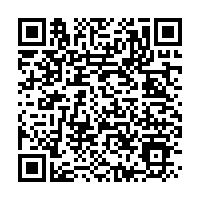