Our people’s history is not a kind one. I remember reading about the 1648-49 Chmielnicki massacres of the Jewish communities of Poland (Gezerot tach v’tat) and weeping, asking myself why we were chosen if it meant suffering so? To quote Tevye, “Couldn’t you choose someone else this time?” In fact, one of the most shattering moments of my life was seeing the toy Torah of a child named Yocheved Farber, embroidered with the blessing, “And you have chosen us among all people and gave us the Torah.” Yocheved was murdered during the Holocaust for being chosen. It is a painful legacy.

While our history may be a painful one, it is most assuredly a proud one. It is the history of a people who have survived and thrived – and embraced the title of chosen by contributing wonderfully to every society where they have found refuge. Therefore, Jewish activists who say, “The narrative of a modern-day chosen people is detrimental to our community”, baffle me. I just can’t understand how denying a core essence of Judaism can make anyone proud.

Although in today’s egalitarian style society may preach alikeness as a virtue, the idea of being a Chosen Person is fundamental to our community. It doesn’t make us superior, but it does endow us with a great legacy and purpose, one that has kept Jews and Judaism alive and vibrant through blood and fire. Without a Divine mission, what is the point of being Jewish? Without being chosen to receive a divine mandate, without a sense of community and religion, what are left but cholent and kasha?

Oh yes, there is the idea of Tikkun Olam. We can take pride in unions, in social justice, in standing up for the underdog. In my class on Race and Immigration, half of my readings are by Jewish authors who spent their academic lives studying minority populations and advocating for their rights. It’s something very wonderful, to hear the Jewish names connected to the noble cause of racial and social equality.

But what is Jewish about that? Surely, its possible to just be a very nice person and join any community group to do good things for other people, regardless of what nation you were born in to.

In fact, one of the more chauvinistic ideas is turning Judaism into the religion of fixing the world. Tikkun olam is not only a Jewish concept. Anyone can try to fix the world, regardless of his or her religion. There are heroes of every creed and religion, of every nationality. One of the most socially active friends I have is planning on teaching in a foreign country, gives long lectures on feminism and anti-racism and is a fairly devout Catholic. Frankly, if tikkun olam is the measure we use to determine a person’s Jewishness, she has a lot more cause to call herself a daughter of Israel than I do.

By defining ourselves in terms of social justice, we commit cultural suicide. We have no need for a culture, a language or a religion because we’re here to serve the needs of others. We’re here to fix the world, but that doesn’t address the questions of what role we should play in the world – besides being handymen to other people’s problems?

I would like to heal the world, but I admit that a great deal of my advocacy is centered on the Jewish community. I am an Israeli activist and I hope to use my talents in public service. I will be an asset to any worthwhile cause, but I will center my talents on my own family, because fixing the world should start with fixing my own backyard first.

Many claim that Jews are in a position of privilege and should therefore, sit down quietly and devote their works and talents to those who need it more. I have to disagree and I want to challenge my Jewish peers to take a hard look at the world around them. On Eastern Parkway, anti-Semitic violence has broken out. Cartoons that echo medieval blood libels are being shown with impunity. Jews and wealth and bankers are being equated at an alarming rate. It may be easy to blame big bad Israel but any fair observer can say that the winds are changing in a very negative way.

I see no Jewish social justice group speaking up against this. There are many Jewish groups happy to heckle Birthright, but how many are willing to work with Jewish seniors living in dire poverty? Many Jews advocate for Palestinians, but ignore the discrimination Jews face in the Arab world.

For me being chosen means that I have a responsibility – to my nation and to the principles passed down to me for thousands of years.

I am young, I am Jewish and I am proud, but I am proudly Jewish as well. I am loyal to the world at large, but I am also devoted to my family and to doing my part for the people who need me. 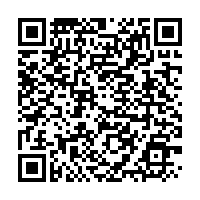