We’ve fought for woman’s rights, and equality for African Americans and other minorities, but our challenges are far from over. Our final war has yet to be won. Historically, we’ve always been battling to be free from the shackles of other peoples’ control. But we’ve never fought to become free from our own limitations, probably the most difficult hurdle of all. We’ve never struggled to gain complete happiness for ourselves.

True, there is the reality of outside forces that need to be lifted in order to achieve complete happiness, and removing those burdens from our lives would certainly help. However, we will never feel the sweet taste of freedom until we realize that we control our moods, mindsets and actions. No situation or individual, regardless of how painful or powerful, can affect our emotions or decide our destiny. You are the captain of your own ship, the master of your soul, and most of your pains and fears stem from feeling a lack of control. If you would embed in your heart and mind that the reins are in your hands, you will turn sadness into pleasure. You will no longer fear life.


Nelson Mandela knew this and that’s what enabled him to take a country that was divided beyond divide, and unite South Africans into one nation. That’s what gave him the courage and confidence to become the leader of a country whose political system had incarcerated him for 33 years.

A true leader must not only understand the truth but also believe in it. Leaders who make a difference must forgo their own egos, and not take every naysayer’s words as personal accusations. Leadership is about those being led, their goals and benefits, and the leader is the catalyst and conduit to help the people attain them.  Perhaps it doesn’t happen right away, but ultimately, constituents catch on and can discern one who pursues his own agenda as opposed to the leader who believes and acts for the greater good.  They also soon become aware of the impact his or her place in office will have on achieving the goals of others.

This may be obvious to the general populace when it comes to voting for or against political candidates. However, we are all leaders even when we aren’t aware of it. We can make a difference in a school, community project or simply in the life of a younger person who crosses our paths. To be effective, we have to cut through the clutter of naysayers (who will always raise their negative voices) in order to see the bigger picture. Our best defense against negativity is belief in our own voices and the ability to ignore those who try to squelch progress and growth. It is not about us – the “spoilers” need to deride nobility and altruism in others in order to assuage their own narcissism.

Let’s take this even further and confront the mirror, which reflects the person we lead more than any other – ourselves. If we look to others’ reactions to gauge our own portrait, we empower the distorted image to skew a true view of our own talents and abilities.

Think about this: When you feel inferior because of another’s words or deeds, you gave him or her control of your own self. Reinstate that control. You’re probably thinking that the above makes no sense.  You may be saying, “If a person made fun of me in front of other people, of course, I’d be insulted; that doesn’t mean that he or she controls me.” Well, translate what you just said: “I gave power to all those other people to determine my reactions.” Stop putting other people in charge of your own self-worth.

Try this next time someone slights you or a friend doesn’t invite you along on a trip or to a party. Regain control – not by being nasty, but by doing something really nice for that person. “What? I have pride and nobody gets away with hurting me.” You may be right, but think about your two options. One, no longer consider that person a friend, because no friend would have acted that way. Or two, let the person know that the slight will not remain unnoticed and you will avenge your hurt feelings.

Think about it. If you choose the second option, like many of us would, in essence you’re saying that person’s friendship is valuable to you – because otherwise you would just walk away. So the most foolish thing you could do now is to strike back, which would send the opposite message.  If you do that, then in the end you will lose what you desire. If the friendship is of value, you can realize that the friend wasn’t deliberately abusing you, but committed an oversight or there was some unrelated outside factor.  Try going out of your way for that friend, sending the message that you understand that the nasty words or actions were not intended to hurt you. Watch how your friendships and self-worth soar. 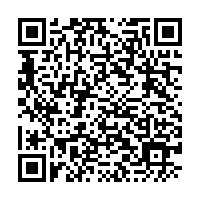