It was with profound sadness that I absorbed the news last week that the petite, charming Irene, wife of Rabbi Sholom Klass, and publisher of The Jewish Press, returned her soul to her Maker.


Slight in height, Irene had the stature of a giant and was a ball of fire. A gifted poetess and grammarian, Rebbetzin Klass boasted a beautiful penmanship and magnificent vocabulary. She took tremendous pride in The Jewish Press’s Women’s Outlook section, which was her “baby,” but she contributed to all aspects of the paper.

If she learned of a recent divorcee or widow, she and her husband would find a place for the single mother at The Jewish Press, whether as a secretary, typist or advertising saleswoman. If it became known to her that an elderly gentleman who had led a productive life was becoming depressed after his retirement, he would find himself gainfully employed at The Jewish Press, where Irene and her husband would have the retiree surrounded by young employees who bestowed respect and honor upon him and made him feel worthy again.

Wherever Irene went, whether to participate in a simcha or vacation at a hotel, she would socialize and meet people whom she would hire to enhance this wonderful Torah newspaper. She loved Torah and was a true helpmeet to Rabbi Klass, whose goal was to spread Torah.

When I worked at the Jewish Press as an editor in the 1980’s, I would have to call Irene every week to discuss the layout and content of the Women’s section. It was before the appearance of the fax machine and since Irene didn’t come to the offices of The Jewish Press then, Rabbi Klass would bring me an envelope each week with all the articles and pictures to be featured in Irene’s magazine. I remember the first time I was instructed to call her, soon after I was hired to be editor. It was before the advent of Caller ID, and she didn’t pick up the phone. When an answering machine came on. I started speaking into the machine, leaving a message that it was Pearl Preschel calling. In middle of my sentence, I found Irene on the line. “I thought you weren’t home,” I said, “since you didn’t pick up.”

“I can’t pick up the phone, unless I know who it is,” she explained to me. “We get hundreds and hundreds of phone calls a day and this is the only way we can screen them, by listening to the machine.”

Before yeshivas and Jewish organizations had professional fundraisers, The Jewish Press served that purpose. If the worthy institutions weren’t getting free advertising, they were only spending a pittance and on credit, because the Klasses had hearts of gold and were true philanthropists. According to Maimonides, the greatest level of charity is to provide a person with a parnassah, a means of self-support. The Klasses fulfilled that mitzvah hundreds of times over. What was very special about the way they did it was that they behaved as if the employee was doing them a favor by taking the job.

One time Rabbi Klass submitted an article from Rabbi Sherer that Rabbi Sherer had asked be published on the front page with its headline blaring in huge type over four columns. Rabbi Sherer was working very hard at the time on conversions according to Jewish law. Since the headline disparaged one of the movements of Judaism, I was not comfortable belittling other Jews – even if they were not acting in consonance with Jewish law – in so public a forum.

“Rabbi Klass,” I said, “The Jewish Press is exhibited on newsstands throughout the city. I am afraid of a chillul Hashem, because many people who are not Jewish will see we are putting down other Jews. Can’t we print this article inside the paper?”

Rabbi Klass said we could but advised me to receive Rabbi Sherer’s consent as well. When I called Rabbi Sherer, he agreed immediately, as Rabbi Klass knew he would. We printed the article on page 3.

Rabbi Sholom Klass’s deferral to Rabbi Sherer made a tremendous impression on me at the time. I learned at a later date that The Jewish Press never charged the Agudah for any of its full-page ads.

It is to Irene’s credit that her husband’s entire family was part of the Jewish Press. Who could forget Lionel Klass, Rabbi Sholom Klass’s gifted and intelligent brother who worked as editor at The Jewish Press? Knowledgeable in Torah, he would spend hours at home typing up pithy Torah sayings to insert into the pages of The Jewish Press as fillers. He always had a container of vitamin C pills to administer to anyone who had a bad cold. He would regale the employees with fascinating stories and the latest medical research. He was the epitome of modesty and wrote quite a number of very interesting articles.

Rabbi Klass’s nephew, Rabbi Yaakov Klass, has taken over the late rabbi’s Question and Answer column, and follows in his uncle’s footsteps with his love of Torah. His father Al Klass and mother Hilda Klass, who worked in other departments at the Jewish Press, served as surrogate parents to all its employees. Anyone who had any personal problems would find an ear with them. Rivi Rosenhal, Rabbi Sholom Klass’s sister, still delights The Jewish Press readers with her wonderful illustrations and insightful political cartoons. Rivi’s husband Harry would, from time to time, contribute his political insights in wonderful articles about Israel.

Very often, people would mistakenly believe that I was a member of the Klass family and would be surprised to discover I wasn’t related.

Now with Irene’s passing, I feel like a member of my own family has passed away. Irene, a wonderfully, talented compassionate human being will now be reunited with a giant of a man, her husband Rabbi Sholom Klass. Rabbi Klass was descended from the Maharal. Irene, who was a Schreiber, came from the family of the Chasam Sofer. In addition to their illustrious yichus, they were people with tremendous self-yichus. May their memory be a blessing. 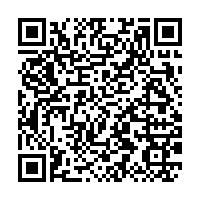