While working for the U.S. Census Bureau in 1990, I knocked on the door of Soviet ?migr?s in Boro Park and proceeded to converse with them about their recent arrival to the United States. This elderly couple had come from Moldavia. They were survivors of both Nazi and Communist tyranny.

The elderly man, 74, implored me to assist him in finding work since, as he explained, the boredom was becoming unbearable in his new homeland. Throughout his life, he had proudly supported his family by working as a shoemaker. He was limited in his choice of professions because he had an amputated leg. I offered to teach him how to bind books and he immediately excelled at this endeavor.


Over the next ten years, Fridel and I worked together in the book-binding field. He bound thousands of sefarim for numerous shuls. He worked meticulously, honestly and with a glad heart. He took great pride in his craftsmanship.

Fridel was the product of a painful era that produced millions of Jewish souls who suffered immensely yet continued to carry the tradition of their ancestors’ faith. He truly possessed “emunah peshuta,” the kind of simple and innocent faith in Hashem found only within the great ones among us.

Almost exactly ten years later, during the 2000 census, Fridel passed away in his Staten Island home. He was survived by his loving wife, children and grandchildren. After his passing, his wife presented me with his tefillin which he had worn faithfully every morning. I made a mental note to save them for a male grandchild.

In 2002, Fridel’s granddaughter gave birth to a boy who was named after him. Every few months, I would visit Fridel’s widow and we would reminisce about the time we had all spent together over the years. Unfortunately, the family moved, and we lost contact.

After four years of trying to track them down, something short of miraculous took place. This past Yom Kippur, 5771, I included Fridel’s name during Yizkor and pledged a donation in honor of the memory of his soul. This sparked several amazing occurrences into motion.

Right after Yom Kippur, my mother asked me to take Fridel’s tefillin home to my house, since she was getting rid of unclaimed property in preparation for the renovation of her house. I took home Fridel’s tefillin and placed them safely on a shelf. Shortly thereafter, I found a business card with Fridel’s new phone number. Now, with the new link to Fridel’s family in my hand, I proceeded to call his 94-year old wife. Sure enough, she picked up the phone and I felt a surge of joy. My four-year search had come to a happy conclusion!

The next evening, I called Fridel’s granddaughter to arrange to visit. I did not know whether to bring up the topic of the tefillin. As I spoke to her on my cell phone from a wedding hall stairway, a fifteen-year-old boy dropped his tefillin down the flight of stairs and they fell right in front of me. I bent down, kissed them, and handed them to him. I did not need any more direct sign from Above and immediately brought up the topic of Fridel’s tefillin. She was thrilled when I told her that I was holding onto her grandfather’s heirloom. I told her that it would be a very appropriate gift for her eight-year old son, Fridel, once he reached his Bar Mitzvah.

Throughout life, we receive signs from Above. I believe that because I pledged tzedakah for the sake of my dear righteous friend’s soul, Hashem helped me to once again be able to be part of his family’s life, and to ascertain that Fridel’s precious pair of tefillin would proudly be worn again by his only male descendant.

Fridel may have spent most of his life in a world where it was impossible to live as a proud Jew, but he left this world after ten years of proudly proclaiming each morning that Hashem is One each morning. And he left his tefillin to continue the golden chain of his shining righteousness.

Q & A: Cheshvan Or Marcheshvan? 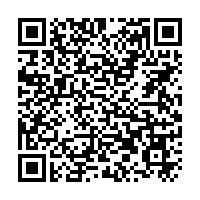