Home Sections Travel Panama City And The Panama Canal
Share on Facebook
Tweet on Twitter
Ask most Americans what they know about Panama and they will declare, “Panama Canal and General Noriega,” the deposed dictator now in prison.

But, of course, there is more to the country that has been called “crossroads of the world,” and “bridge between the seas.” Indeed, it is a beautiful country, with cool, sandy beaches and lush mountain forests.

One thing you will find if you do visit the capital, or take a cruise to the canal, or board a dome car of the Panama Canal Railway Company, is a Jewish community that has grown in recent years and maintains several Orthodox synagogues.

And proportionately, it boasts more kosher restaurants than most American cities.

Indeed, the Jewish population has grown in the last five years from 8,000 to about 12,000, with new Jewish immigrants still coming from Venezuela, Argentina, Uruguay and Colombia.

According to Chabad Rabbi Aaron Laine, spiritual leader of Congregation Beth El, Obarrio, in Panama City, it is “stability.” Yes, Panama, with its three million citizens boasts a dynamic economy.

Panama City is fast becoming a city of skyscrapers and fine hotels, such as the Sheraton, Marriott, InterContinental. All this helps make this capital a city of much entertainment. The Old Quarter with its Spanish and French colonial architecture is an additional attraction. And a one-hour drive from Panama City, you’ll find several hundred miles of beautiful beaches.

In an interview, Sephardic Jewish leader Moises Mizrachi told me that “retirees are coming in droves because it is much cheaper here than the U.S. and Europe.” Mizrachi was Panama’s ambassador to Israel from 1990 to 1993, and he is proud that, as an independent nation for 100 years, two Jews have been president of the Republic of Panama: Max Delvalle and Eric Arturo Delvalle.

Most of the active Jewish community is Sephardic. Historically, a large percentage of the arrivals in the first part of the 20th century were Sephardic Jews from the Mediterranean area, especially Syria, where Jews were strictly Orthodox. Slowly, they took over the leadership of the Sephardic communities.

One group in Panama City, known as The Grandees, are Sephardic descendants of Jews from the Caribbean islands. They are members of the liberal and progressive Kol Shearith Israel (KSI). KSI membership includes a number of European Jews. This community sponsors the Colegio Isaac Rabin school.

Ninety eight percent of Panama Jewish youth attend Jewish day schools, according to Rabbi Laine, including a new high school built recently and known as Instituto Alberto Einstein, with over 1,000 students. Also new is Magen David with 140 students where the curriculum is taught only in English.

One can fly direct to Panama City or experience Panama City at least briefly on a cruise through the Panama Canal, a wonder of the world.

But a sea voyage to and into the canal should be on every traveler’s list. To see this lock-type canal and how it maintains three sets of locks, each having two lanes, is a sight well worth the trip.

Geographically, Panama is the only country in the world where north is west and south is east, because the country is shaped like a sideways “S” running from west to east; the North Atlantic and Caribbean Sea is north and the Pacific Ocean lies to the south.

Many cruises to the Panama Canal offer shore excursions that let you ride the Panama Railway. You can travel the isthmus railroad through gorgeous flora and fauna, past Gatun Lake and alongside local towns and villages. 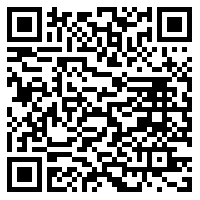