Home InDepth On The Passing Of Victor D. Sanua
Share on Facebook
Tweet on Twitter
Victor D. Sanua, Ph.D., z”l, a pioneer in cross-cultural studies of mental illness, was also known for his studies on American Jewish communities and the Jews of Egypt, passed away July 12, at the age of 88 in Brooklyn, New York.

At the time of his death Dr. Sanua was research professor in psychology at St. John’s University in Queens, from which he had officially retired in 1990. However, he continued publishing papers in psychology and conducting research on the history of the Jewish community of Egypt until recently.

During his career, he published hundreds of articles, often focusing on familial and cultural factors in mental illness, particularly in depression, schizophrenia, and autism, and in the measurement of intelligence. He led and was active in many professional organizations.

However, a significant portion of his papers dealt with topics related to Jews. Most prominently, as director of research at the Associated YM-YWHA’s of Greater New York from 1960-1965, he conducted studies that led him to predict correctly that the Jewish intermarriage rate, then no more than six percent, would skyrocket in succeeding generations.

Dr. Sanua was born to a prominent Sephardic Jewish family of Turkish origin in Cairo, Egypt. One cousin, Jacob Sanua (Ya’qub Sanu’) was a prominent literary man and Egyptian nationalist; another, Moise, served as secretary to the chief rabbi of Egypt, Rabbi Nahum Effendi; and Edmund, Moise’s brother, was active in the Lehi (Stern Group) and fought in Israel’s War of Independence.

As did most such families in Cairo, the family spoke French, the language of commerce, and the Judeo-Spanish dialect known as Ladino. Dr. Sanua also spoke Italian, the language of his citizenship. He learned English as a teenager and obtained two undergraduate degrees from the American University of Cairo in 1945 and 1949, where he developed his interest in psychology.

Dr. Sanua immigrated to the United States in 1950, and received his Ph.D. from Michigan State University in 1956, where he wrote his dissertation on differences of personality adjustment among different generations of American Jews and non-Jews.

His first faculty appointment, in 1960, was at Yeshiva University’s Wurzweiler School of Social Work, followed by stints at CCNY, Adelphi University and finally St. John’s. He spent his sabbatical year from 1973-1974 in Israel at Tel Aviv University and Tel Hashomer Hospital, where he treated initial psychiatric casualties during and after the Yom Kippur War, and produced studies on war, bereavement, and post-traumatic stress disorder.

In retirement, Dr. Sanua focused on retrieving the heritage of the Jewish community of Egypt, which reached 80,000 in the early years of the past century and then was dispersed in the wake of the Arab-Israeli wars in the 1940s and 1950s. In publishing a series of newsletters devoted to the historical legacy of this community, he established a worldwide network of correspondents who contributed to this publication.

The newsletters, along with other publications by Dr. Sanua on the history of Sephardic Jewry, were collected in his book, Egyptian Jewry: A Guide to Egyptian Jewry in the Mid-Twentieth Century. The newsletter was greatly enriched by Dr. Sanua’s unique trove of photographs of the Egyptian Jewish community he had smuggled out upon leaving Egypt in 1950.

He was married for over 50 years to Stella Sardell Sanua, who passed away in 2006. He is survived by his sister Odette Benjamin, his children David and Marianne, and two grandchildren. The shloshim in honor of his memory will be held at his house at 2416 Quentin Road, Brooklyn, NY on Sunday, August 9 at 5:30 p.m. 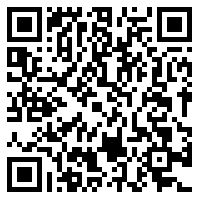