In recent years prices of apartments on the sea front have increased substantially, and real estate companies that build mainly in Tel Aviv do not hesitate to offer exorbitant prices.

But if we consider that the coastline of Israel stretches for about 190km, of which only 50km is bathing beaches (while the rest consists of nature reserves, or closed areas for ports and infrastructures) – then it’s easy to understand why the coast has become the most in-demand scene of struggles.


However, it is still possible to find some property pearls.  The further you go from the Tel Aviv coast, the more likely you are to find new projects at friendly prices that could even be suitable for investors seeking an opportunity, new immigrants and young couples, looking for cheaper alternatives.

The town of Hadera, located in the northern Sharon region, only 15km from Netanya and about 50km from Tel-Aviv,  is one of them.  Hadera benefits from 7km of beautiful Mediterranean coast and in recent years it has developed by exploiting its main resource – the sea.

Hadera Municipality has big plans to develop the Ein Hayam district on the sea front, aiming to make it the town’s flagship development, and a magnet for new immigrants and a high quality population.  The area is close to a splendid nature reserve, and a transport revolution is planned for the coming years.  As part of the process of making this a unique residential neighborhood, a series of roads is planned to link up with Road 2, Road 9 to connect the area to Roads 4 and 6, the towns of the Sharon and the center of the country.   The traffic routes within the neighborhood, as well as the nature and distribution of public areas, will ensure a smooth flow of traffic, as well as creating friendly and convenient access to the beach, schools, sports facilities and parks.  There are currently some 500 families in the area, while construction of a further 1500 apartments is planned by 2020.

“The future construction of 1500 apartments means a low outlay today to purchase an apartment, with a guaranteed increase in its value by dozens of percent in the coming years”, explains the CEO of the Promiseland Company, Einat Zakaria, who specializes in marketing projects to Jews abroad.  “Ein Hayam is planned to be ‘the area with everything’, including careful design of buildings to integrate perfectly with their surroundings, and a central park for the enjoyment of the residents and their children.”

“But in spite of the attractive prices of apartments here, they still offer the same quality and benefits:  pleasant sea breezes, the feeling of freedom and lower air pollution”, explains Zakaria.  “There is no reason why the prices of apartments in this specific project and neighborhood will not catch up with others in the area.  Just last year price rises of about 20% were recorded.  4-room apartments that were sold last year for about 1.2 million shekels are no going for 1.5 million shekels.  Since 2010 the neighborhood has recorded price rises of 50%.  There was a similar trend in Ir Yamim in Netanya.  Apartments that were sold for about 1.4 million shekels in 2007 are now going for 2.2 million shekels.  It’s just a matter of time until Ein Hayam catches up with the prices in other nearby places.” 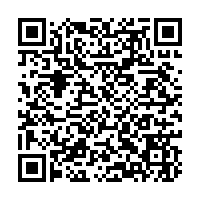