Gaza terrorists fired a rocket-propelled grenade (RPG) at an IDF jeep as it patrolled along the security fence on the border with Gaza Monday morning.

“Initial indications suggest they were attacked with an RPG anti-tank missile and firearm[s],” said the IDF Spokesperson in a statement issued to media. “No injuries are currently reported.”

One soldier sustained shrapnel wounds in the legs and back and several vehicles were damaged after two rockets were fired by Gaza terrorists at the Eshkol Regional Council district. The soldier was taken for treatment to Soroka Medical Center in Be’er Sheva. A Grad Katyusha missile was fired by Gaza terrorists at the Negev city of Be’er Sheva shortly after 10:30 a.m. More rockets were fired at the southern Israeli district of Sdot HaNegev and the town of Netivot at around 11:30 a.m.

The medium-range missile exploded in an open area. No physical injuries and no property damage was reported.

Two similar missile attacks were launched against Be’er Sheva on Saturday. The first was intercepted by the Iron Dome anti-missile system, indicating that the missile was heading for a populated area.

The second exploded in an open area, reportedly causing no physical injuries and no property damage. Many in the city are traumatized and suffering from anxiety symptoms, however, as has been reported in the communities around the Gaza border. 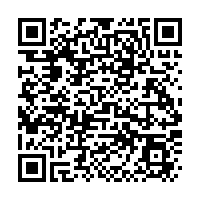