Twitter’s political ad ban will go into effect at the end of the week. It was a controversial decision, and is in direct contrast to Facebook’s political advertising policy, which allows politicians to run political ads, even if they contain false or misleading information.

In a tweet, Jack Dorsey, Twitter’s CEO, explained that “political message reach should be earned, not bought.” He then offered a few reasons for Twitter’s political ad ban including “challenges to civil discourse” and “micro-targeting, unchecked misleading information, and deep fakes.” Dorsey also called for political ad regulation.

The reaction was met with both anger and applause. On the whole, leading Democrats seemed to support Dorsey’s decision while some Republicans, specifically President Trump and his supporters, pushed back against it.

Regardless, the ban on political advertisements won’t stop Twitter from continuing to be one of the most politicized social media platforms. President Trump uses Twitter as his mouthpiece. And he’s not alone. Many politicians have turned to Twitter to get their message out to the public. And why not? Twitter gives politicians an unfiltered – and a direct – line of communication to their constituents.

What does Twitter consider political? It plans to ban ads that “advocate for or against legislative issues of national importance” with the exception of voter registration ads. What exactly that means has yet to be seen. But ads promoting climate change, immigration, and healthcare, for example, will evidently not be allowed.

Twitter doesn’t expect its move to impact its bottom line. All the Democratic candidates running for president, as well as Trump’s re-election campaign, have advertised on Twitter, but the majority of their digital marketing advertising funds were spent on Facebook and Google ads.

According to Twitter’s chief financial officer, Ned Segal, less than $3 million was spent on political ads in the 2018 midterm elections. The company’s total annual ad revenue is $3 billion. Ned Segal also explained that the decision to ban political ads was made based on the company’s principles, not on revenue growth.

There is pressure on companies like Facebook to ensure that political ads on their platform are accurate. And Twitter is now facing complaints that its ban on all political and legislative ads means, for example, that ads on fighting climate change will be banned while ads in support of oil (and thus effectively against fighting climate change) won’t be. Perhaps, though, Twitter will find a way to ensure a fair and level playing field. 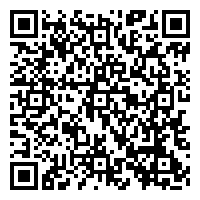