This week in Indonesia, UN members will meet regarding the growing problem of obsolete cell phones. Roughly three billion cell phones worldwide can pose a serious problem to our environment. The purpose of this meeting is to try and arrive at a solution on how to handle this critical issue.

A recent ruling in Colorado has ordered a former spammer to pay six million dollars in damage to the popular website, MySpace. This will hopefully deter others thinking of targeting MySpace (or, for that matter, other websites). It is interesting to note that when the spammer targeted MySpace, there were only two junior staff employees dealing with these types of problems. Today there are over 40 employees dealing with these issues.

Last Wednesday, the United States Court of Appeals for the Ninth Circuit ruled that employees’ text messages are private, even if they were sent or received on a device paid for by their company. If companies suspect wrongdoing, a search warrant is necessary. This ruling is seen as a blow to companies who like to keep a close eye on their employees.

Microsoft’s latest security fix was aimed at stopping the latest password stealer threat on the Internet. This particular threat was aimed at stealing users’ passwords that were for online gaming. (These passwords can be very profitable to criminals.) An estimated 700,000 computers were infected on the first day the release came out. Microsoft hopes that this will put a dent in this corrupt activity, and help make the Internet a bit safer.

Two California teens are in some serious trouble after using a stolen username and password to break into their school’s database to change their grades and steal exams. Apparently changing grades and stealing exams were not enough, because they also decided to install some spyware on the school’s computer in order to access the system remotely. If convicted, one of the teens can spend the next 38 years in jail. 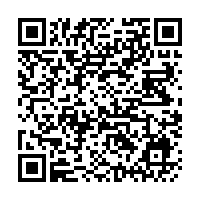