Rick Perlstein, an unabashed man of the left, first attracted wide notice seven years ago with the release of Before the Storm: Barry Goldwater and the Unmaking of the American Consensus, his engagingly written and fair-minded study of the rise of the American conservative movement in the 1950’s and 1960’s.

Last month brought the much-awaited publication of the second volume of Perlstein’s projected trilogy on American conservatism. Nixonland (Scribner), as should be obvious from the title, focuses on American politics from the mid-1960’s to the early 1970’s, a time and an era dominated by Richard Nixon.

The Monitor asked Perlstein about the book and his perception of Nixon.

Monitor: Were you more sympathetic to Nixon or less so after writing the book?

Perlstein: Here I have to exercise the intellectual’s classic cop-out and say: both. We all know about Nixon’s reputation for iniquity. I kept finding myself yet more astonished at how bottomless this quality in him truly was. The example I keep coming back to is the revelation by Leonard Garment, in his 1997 memoir Crazy Rhythm, that as early as 1966 Nixon didn’t believe the Vietnam War could be won militarily – even as, for the next seven years, he ruthlessly savaged any political opponent who dared say the same thing, even as 50,000 more American soldiers went to their deaths for this war he thought couldn’t be won.

But on the other hand, there was rarely a week that went by when I didn’t discover some hidden store of nobility in the man – in his courage, coolness under pressure, and especially, his refusal to back down under adversity.

My favorite example is his famous visit [as vice president] to Peru in 1958. He was set upon by a mob chanting calls for his death. What did he do? He waded into the mob, and managed to talk them down! Later on the same trip, the mob wielded stones, and attacked his limousine. Secret Service agents were ready to fire, but Nixon ordered them to holster their weapons, realizing that shots would only make the chaos worse.

As I point out in the book, that’s “the kind of presence of mind for which battlefield commanders win medals.” Not a bad quality for a commander-in-chief – until, that is, that same quality was turned to iniquity, as it so often was.

A few reviewers, while praising the book, were surprised that you neglected to look at the growth of conservatism as an intellectual force in the 1960’s.

It wasn’t intentional. The conservative movement, both intellectually and politically, formed the core of my first book. It drops out of the story in Nixonland. That’s because Nixon was such a commanding presence in the Republican Party – much more a classic “great man” than Goldwater ever was – that he sucked the oxygen out of any other contender for its institutional control, whether conservative, liberal, or whatever.

I treat conservative Republicans, in the book, as Nixon did – just another constituency to be managed, neutralized, and bent to his will. They’ll be back, though, in volume III, which will focus on the rise of Ronald Reagan.

What do you make of Nixon’s strong support of Israel – James Rosen in his new biography of Nixon’s attorney general John Mitchell notes that “Nixon may have been the first presidential candidate [in 1968] to call for the U.S. to guarantee Israeli military superiority” – and his appointment of several key Jewish advisers, given what we know of his anti-Semitic feelings?

Nixon’s presidency was driven, of course, by an abiding obsession with foreign policy – by the dream of re-ordering the world into a more stable system of alliances that transcended the simple Cold War categories of good and evil. He was very unsentimental about this; to take one particularly disturbing example, he decided to look the other way in 1971 as Pakistan’s dictator General Yahya Khan perpetrated a genocide in Bangladesh, because Kahn was Nixon’s crucial go-between with China. I’m certain he saw Israel as just another chess piece in this grand geo-strategic game. 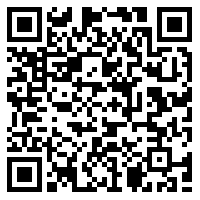