Samsung has a new phone – with a foldable screen!

Samsung unveiled its new mobile device at the Samsung Developer’s Conference in San Francisco last week. It wasn’t a full-on unveil, so there are still many unknowns. We did, however, get to see the phone in both its folded and unfolded forms.


Here’s what we know so far:

Samsung’s new phone doesn’t have an official name yet, although reporters are calling it Galaxy X for now because it comes after the Galaxy 9. It also doesn’t have a release date, but according to Justin Denison, Samsung’s SVP of mobile product marketing, the phone will be ready for mass production sometime in the next few months.

The Galaxy X has two screens: a cover display screen and a main display screen. It looks like a regular smartphone when closed and it’s just the right size to fit into a purse or pocket. When open, the screen becomes a comfortable 7.3 inches.

The Infinity Flex Display on this phone is one of the Galaxy X’s crowning achievements. The Infinity Flex Display uses just one UI (user interface), which works through the two display screens. When the device is closed, the cover display acts as a fully functioning smart phone. The user can call, open apps, text, and send e-mails. If the user wants a bigger screen, he or she can simply unfold the phone for a “big screen experience.”

Because the Infinity Flex Display uses just one UI, it allows for app continuity. In other words, once open, the user can continue to use the same app he or she was using when the phone was closed just moment earlier.

Samsung’s engineers and developers faced several challenges when trying to create the Infinity Flex Display. First, Samsung couldn’t use a glass protective cover for the inner screen. Glass is a great protector – but it’s not flexible. So, instead of glass, Samsung’s engineers used advanced composite polymer, which is both tough and flexible.

Second, Samsung had to find a malleable adhesive that would allow the inner screen to be folded repeatedly without denigration. Finally, the screen had to be very thin. So, Samsung’s engineers reduced the thickness of the polarizer – an essential layer filtering external light and reducing glare (thus enabling users to easily read the display) – by 45 percent.

In addition to having an Infinity Flex Display, the Galaxy X allows up to three apps to run simultaneously – a multi-tasker’s dream! – thanks to what Samsung calls “the multi active window.”

And the price? Samsung hasn’t said anything about price yet. However, the Galaxy Note 9, which is not foldable, costs $1,249.99. Royole, a California-based firm, unveiled a foldable phone earlier this year with just one OLED screen – with a price tag of $1,300. The Galaxy X will have two OLED screens, so we can expect it to be pricy. Start saving now! 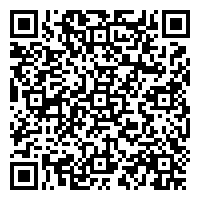