A gas station in Takoma Park, Maryland – RS Automotives – is no longer selling gas. It has ditched its gas stations for electric-vehicle charging stations, making it the first gas station in the country to do so.


On the heels of fiery climate-change political town halls and marches, the need to lower greenhouse gas emissions has become a topic of conversation at many tables across the nation. Moving away from gasoline-powered cars to electricity-powered cars is one way to reduce man’s carbon footprint, but is an auto electric station financially feasible?

That isn’t to say that the owner of RS Automotives, Depeswar Doley, expects to get rich any time soon. He’s very much aware that this first-of-a-kind electric vehicle charging “gas” station is a gamble.

Doley was originally unhappy with the manner in which oil and gasoline companies structured contracts and so he began looking at alternate business options. He received a call from a public city official last year to discuss electric vehicle charging and, with the encouragement of his 17-year-old daughter, began to seriously consider transforming his gas station into an electric vehicle charging station.

It’s a costly endeavor and, for many, the ROI (return on investment) just doesn’t seem to be there yet. In addition, many automobile companies that produce a significant number of electric cars have their own electric vehicle charging business models. Telsa, for example, currently operates over 1,600 charging stations across the country and several electric vehicle charging start-ups have announced plans to create millions of electric chargers in the coming years.

But RS Automotives is the first gas-to-electric station transformation and it’s getting a lot of positive headlines. It has four chargers that connect to a 200kW system. Each vehicle can reach 80 percent battery life in approximately 20-30 minutes. While waiting for their vehicles to fill up, drivers can go into an automated convenience store to relax. Screens in the store let drivers see how much time is left until their vehicles finish charging so they don’t have to go outside to check their vehicles’ progress.

RS Automotives received a grant of $786,000 from the Electric Vehicle Institute and the Maryland Energy Administration to help offset the costs. It opened to the public on September 26. Here’s to hoping it’s successful! 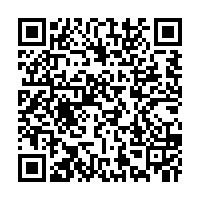