According to the NY Times, President Donald Trump’s decision to clear a path for a Turkish invasion of a broad strip of land on the Syrian side of the two countries’ border was made on the spur of the moment, in a phone call with Turkish president Recep Tayyip Erdoğan. Overnight, Trump opened the door to a massive Turkish assault on the Syrian Kurds, and the media are aghast at this seeming betrayal of a key ally who had sacrificed thousands in the war against ISIS.

Israeli political commentator and Middle East expert Guy Bechor is not impressed by the plight of the Kurds, whom he says have been collaborating with the Syrian regime for several years now. Moreover, Bechor sees the US move, followed by the Turkish incursion as serving Israeli security interests.

Describing the situation in terms of the eternal Sunni-Shiite conflict which has been splitting the Islamic world for 1,300 years, give or take a decade, Bechor suggested on Saturday that this Turkish (Sunni) invasion, with thousands—soon to be tens of thousands—of well trained and well armed Sunni militias, is rattling President Bashar al-Assad’s army, as well as, most important, the Iranian satellite Shiite militias (soon to include Hezbollah) which have received orders to abandon the southern front with Israel and move up north and build defenses against the invasion.

In other words, Trump’s move, leading to Erdoğan’s move, has revived the Syrian civil war and the vortex that pulls in Arab violence from across the region. And that, as far as Israel is concerned, is a very good thing.

The change created by President Trump pulling out a few dozen US soldiers has been so massive, that Russian President Vladimir Putin on Saturday, in an interview with Al Arabiya, Sky News Arabia, and RT, said that “those who are illegally present in […] Syria should leave the region,” which includes all the countries involved. Indeed, Putin volunteered that Moscow would also pull out of Syria if the Syrian government decides that Russian troops must leave.

The oozing generosity of the man…

President Trump, for his part, defies the assertion that his move had been done on the fly, insisting the pullout was fulfilling his campaign promise:

“I was elected on getting out of these ridiculous endless wars, where our great Military functions as a policing operation to the benefit of people who don’t even like the USA,” he tweeted on October 7. “The two most unhappy countries at this move are Russia & China, because they love seeing us bogged down, watching over a quagmire, & spending big dollars to do so. When I took over, our Military was totally depleted. Now it is stronger than ever before. The endless and ridiculous wars are ENDING! We will be focused on the big picture, knowing we can always go back & BLAST!”

On Sunday morning, Trump tweeted, in response to the bipartisan attacks on his decision to leave northern Syria: “The same people that got us into the Middle East Quicksand, 8 Trillion Dollars and many thousands of lives (and millions of lives when you count the other side), are now fighting to keep us there. Don’t listen to people that haven’t got a clue. They have proven to be inept!”

He meant, most precisely, the old GOP, as well as then Senator Hillary Clinton (D-NY) and most Senate Democrats, who in 2003 supported President GW Bush’s decision to invade Iraq and get rid of a man who once was the US’ most loyal ally, Saddam Hussein. Using borrowed money, the Bush administration destroyed the ruling Sunni minority, turning Iraq into a Shiite close ally of Iran, even as the Sunnis reorganized as ISIS, throwing fear in the hearts of every Western and Muslim leader for a decade.

Bechor argues that by pulling out of northern Syria – but keeping his 2,000 or so US troops in eastern Syria, protecting the Kurds there, and, more important, the gas fields west of the Euphrates – Trump is actually restoring the religious balance in the region and weakening Iran’s hold on the areas alongside Israel’s border. 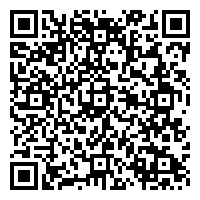