We have a water scarcity problem. There are currently 2.1 billion people around the world who do not have access to clean drinking water. The 2019 World Economic Forum cites the lack of fresh water as one of the biggest problems – number four on the list – facing the world’s population over the next decade.

Humanitarian organizations are trying to find solutions to the water crisis, and Watergen – an Israeli company with offices in Rishon LeZion and Miami – is at the forefront of this effort. Watergen produces water from air. Literally. Its technology extracts humidity from the air to generate clean and safe drinking water without toxins and microplastics. And since air is a renewable resource, the ability to make drinking water from it is virtually unlimited.

Wategen’s products have been used in disaster zones and far-flung areas with drought or water shortages, and the company won the 2019 CES Best Technology and Innovation award for its atmospheric water generator (AWG).

I recently spoke to Yehuda Kaploun, president of Watergen and executive vice president of the Moses and Aaron Foundation, to learn more about his company.

Bracha: What are the benefits of using a Watergen AWG?

It is also a cost-effective and commercially available solution that generates fresh, pure water directly from the atmosphere at prices that are up to 10 times cheaper than local filtered water.

Who is Watergen’s ideal client?

Anyone who wishes to drink clean, safe water is a client.

How can people in first-world countries who have an abundance of water benefit from Watergen?

What are some of the communities that Watergen has helped?

Our AWGs were placed in Port Arthur, Texas, after the flooding and then moved with the FEMA teams to Miami Dade after the hurricane. They were placed in the Florida Panhandle after Hurricane Michael, and in California after the fires in 2018.

Our AWGs are in orphanages in Bukhara and in schools in Sierra Leone. That’s just the start. Our global efforts after disasters were recognized by the president of the United States who thanked us at Mar-a-Lago last year for our work.

For more information on Watergen products or to learn more about its humanitarian work, visit www.watergenusa.com. 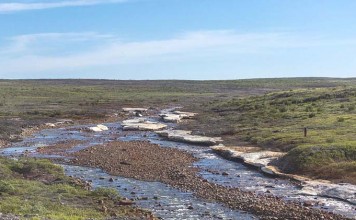