I flew to Philadelphia recently. The last time I’d flown to Philadelphia I went with Mark “The Bird” Fidrych for the 1976 All-Star Game and surrounding events. Fidrych was the starting pitcher for the American League and I was a writer with full clubhouse and on-field privileges.

This time I went with my wife and we made our way from the airport to the train station and Amtracked for an hour and seven minutes to Lancaster, where I was on the roster of speakers at the Pesach in Lancaster program.


It was the first time we were away for Pesach. Last year I told you about the passing of our daughter, Chani, a”h, a young mother of seven children and a true eishes chayil. We lost her to cancer on the fourth day of Chol HaMoed in our home, where she spent the last three weeks of her life.

There are many wonderful Pesach programs that advertise in The Jewish Press but circumstances led us to Jewish Heritage, which operates the Lancaster program. We thought the seven kids and our son-in-law could use a change of scenery and they drove from Detroit to join us.

I spoke twice during Pesach. The first topic was the Holocaust and Jewish ballplayers and the second was how I, a frum-from-birth Jew, ended up in major league baseball.

My audience was filled with interesting people. One of them had a face I knew but couldn’t place. I asked the gentleman his name. As soon as he said “Allen Rothenberg,” I recalled the advertisement of his law firm with his picture that runs on a regular basis in The Jewish Press.

Allen’s family was at the hotel with him, and two family members were on the roster of speakers. Son Harry, who breezed through Harvard Law School, is a talented and interesting speaker on Jewish topics and has a popular blog on Yom Tovim and the weekly parshah on several websites including partnersintorah.org. Son-in-law Rabbi Dov Halperin was the founding rosh kollel of the Philadelphia Community Kollel and gives shiurim in Lakewood and elsewhere. I had the opportunity to hear both of them and it was time well spent.

Allen and his wife, Barbara, also a prominent attorney, have eight children, seven of whom are attorneys.

Allen gravitated to outfielder Sam Chapman, the leading home run hitter of team. Mistakenly thinking Chapman was Jewish because he had a Jewish-sounding name and because he was a power hitter, Allen installed him as his favorite and yearned to wear Chapman’s uniform number four and, like Chapman, bat fourth in the lineup whenever he played.

One of Allen’s buddies was a fan of the National League’s Philadelphia Phillies, who also played their home games at Shibe Park, and Allen accompanied him via trolley and subway to the old stadium when the Athletics were on the road. The Phillies won much more often than the Athletics, and Robin Roberts and Curt Simmons helped pitch the Phillies to the 1950 World Series. (The Phils lost in four to the Yankees.)

With speedy young players like Richie Ashburn, the young Phillies caught the hearts of Philadelphia fans, forcing the Mack family to sell the Athletics. The new owner moved the franchise to Kansas City after the 1954 season.

The next time American Leaguers took the field in Philadelphia was at the 1976 All-Star Game, but Allen had the opportunity to watch a lot of good National League baseball. He rates Sandy Koufax as the best pitcher he ever saw and Willie Mays as the best position player. He also can say he was a regular visitor to Shibe Park/Connie Mack Stadium, which saw its last major league game some 45 years ago. 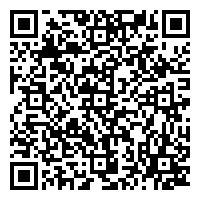