The announcement that the Palestine Liberation Organization, which essentially is the parent organization of the Palestinian Authority, had entered into a unity agreement with Hamas might have been the last straw.

As the United States was working feverishly to extend the April 29 deadline for the peace talks between the Israelis and the Palestinian Authority, PA Chairman Mahmoud Abbas openly thumbed his nose at the U.S. and slammed the door on the peace process, perhaps for the final time.

By agreeing to end their feud and form a unity government with Hamas, which has been deemed a terrorist organization by the United States and the European Union, Abbas and the Palestinian Authority sent a decisive and disturbing message that they are not interested in peace.

The United States did not pull any punches in delivering a sharp response to the news.

“The timing was troubling and we were certainly disappointed in the announcement,” said State Department spokesperson Jen Psaki. “This could seriously complicate our efforts – not just our efforts, but the efforts between the parties, more importantly, to extend the negotiations.”

She added, “Any Palestinian government must unambiguously and explicitly commit to nonviolence, recognition of the state of Israel, and acceptance of previous agreements and obligations between the parties. It’s hard to see how Israel can be expected to negotiate with a government that does not believe in its right to exist.”

In response to the PA’s move, Israel announced it was suspending the peace talks.

Over the years, individuals on all sides of the issue have debated the merits of the seemingly endless peace process and questioned the feasibility of achieving a lasting and genuine peace agreement. However, the fact is that the present situation, which has continued to deteriorate, is untenable and unsustainable.

Sadly, we have seen the physical and emotional toll that the endless barrage of rockets fired from Gaza has on Israel and the detrimental effect it has on the thousands of men, women, and children who live under a constant threat of attack. We know how damaging and destructive the Hamas terrorists, who are lurking in the shadows waiting to strike, can be.

Unfortunately, it is a classic Catch-22 situation. Many have questioned the ability of the PA to enter into a peace agreement with Israel when it is not representative of the entire Palestinian Arab world and is at odds with Hamas, which in effect controls Gaza. At the same time, how can Israel enter into an agreement with the PA when it has chosen to make a pact with Hamas, a terrorist organization that has absolutely no interest in coexisting with Israel? Hamas wants to destroy Israel and all it stands for, or die trying.

By abandoning the negotiating table and turning its back on the peace process, the PA has shown its true colors and validated what its critics have been saying for years – namely, that it cannot and will not make a good faith effort to achieve a peaceful resolution to the longstanding Arab-Israeli conflict.

With his decision to unite with Hamas, Mahmoud Abbas has cast off the mantle of “statesman” he desperately tried to be and shown himself to be an opportunistic obstructionist. He threw away diplomacy and chose terrorism instead. 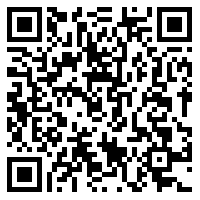