Again and again, Israel has given in to the Palestinian demands for a sign of good will, yet has received nothing in return. It is about time that the Israeli leaders understand that the Palestinian leader, Mahmoud Abbas has only one goal in mind and that is to push the Jews into the sea. He is happy to get more and more concessions from Israel and he wins when he convinces Israel to release more and more Palestinian murderers as he gives nothing in return. Abbas has been very successful but Israeli leaders finally woke up to his game plan.

John Kerry, the American negotiator, has been duped time and time again by Abbas, and I am not sure that Kerry finally realizes that the Palestinians are playing him and the United States president for gullible fools, because they still do not seem to understand the game that is being played. Thank G-d that the Israeli leaders have finally woken up to the reality of the situation and have broken off negotiations. Abbas has no reason to make peace and he has no mandate from the Palestinian people to make peace.

The merger with the Palestinian terrorist organization, Hamas, recently announced by Abbas’s government, shows the true situation because the terrorists have said time and again and continue to proclaim that there will be no peace with Israel. As we remember the fallen soldiers who gave their lives for Israel’s freedom and celebrate Israel’s Independence Day, we should reaffirm our sovereignty over all of Israel.

An example of our own self-imposed weakness is the Israeli attitude towards the Holy Temple Mount. Har Habayit, as it is known, must be reclaimed as a Jewish holy site and not an Arab site. It must be taken out of the hands of the Waqf Arab religious committees and returned to the Israeli Rabbinate.

Recently there was a horrifying video of Jewish religious school children trying to visit the Mount. A large number of Arab men and women surrounded the children and their adult teachers and pushed, screamed at and cursed them until the Israeli police escort forced the JEWISH children and their teachers to leave the holiest Jewish site in the world. Instead of breaking some Arab heads, it was the Jews who were forced to leave (as we approach Israel’s “Independence” Day). It is time that the Israeli government remembers who the sovereign of the Temple Mount is and exerts its control. 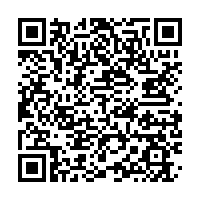