Over a hundred former major leaguers died last year. Some of the biggest names among them were Hall of Famers Whitey Ford, Tom Seaver, and Al Kaline, the Tigers’ right fielder, whom I saw play in person at least 100 times in my hometown Detroit from 1954 through the early 1970s.

None of them impacted me as much, however, as one player who spent most of his career sitting on the bench. It was only fitting that his parents didn’t even give him a first name. They used up all the names they liked on his siblings and decided on the initials J.W. for him.


J.W. Porter wore the uniforms of the St. Louis Browns, Detroit Tigers, Cleveland Indians, Washington Senators, St. Louis Cardinals, and nine minor league teams during his playing career. J.W. saw action in only 229 major league games, mostly as a catcher and outfielder, but also as a third baseman and first baseman. Despite only having a .228 career batting average with eight home runs, he had great memories.

J.W. hit his first big league home run as a member of the Cleveland Indians of Don Larsen in 1957. Larsen, of course, is famous for pitching a perfect game for the Yankees in the 1956 World Series. With the Indians again the following season, J.W. pinch-hit for Roger Maris and homered.

I probably saw J.W. Porter play once or twice when he was with the Tigers in my teens from 1955 through 1957. While I don’t remember him playing in a game I attended, I can recall opening up packs of baseball cards and getting more Porters than I wanted.

I met Porter during spring training over the past few years. He lived a few miles north of the spring training site of the Houston Astros and Washington Nationals in West Palm Beach while my winter dugout is a few miles south. The last time I saw him, he walked with his familiar cane, fashioned and shaped from a baseball bat.

We sat together in the first row of a small seating section behind a screen in back of home plate watching one of the final batting sessions of the Astros a day before the exhibition game season started.

Porter answered my curious questions. He made his major league debut with the St. Louis Browns on July 30, 1952, at the age of 19. After the game, his called his wife of seven months and suggested that she – along with her father who was visiting her – drive from his last minor league stop to their hometown of Oakland and they would be reunited after the baseball season.

They agreed, but tragedy struck on the highway. A drowsy driver jumped lanes and hit them head on, and the occupants of both cars were killed. Authorities contacted the owner of the Browns, Bill Veeck, and he broke the news to his young catcher. Veeck provided Porter’s grieving mother-in-law with a priest and visitors to see to her needs and an apartment in the ballpark for J.W. He mourned as he played their favorite record on the phonograph until the needle wore a hole in it.

Porter was traded to the Tigers and looked forward to playing for Detroit in 1953, but he was drafted for two years of military service before reporting. Back in the majors in 1955, he made history after he was traded to Cleveland as he was assigned to room with Larry Doby on the road, thus becoming the first white player to room with a black.

J.W.’s last game in the majors came on the last day of the ’59 season with the St. Louis Cardinals when he replaced Stan Musial at first base. Porter spent the next few seasons playing in the minor leagues and had a stint as short season manager in the low minors.

Ted Williams, who was a spokesman for Sears, helped J.W. land a job with the company. It was a great move as he found love again. He met a secretary and they were married for 52 years until his passing at 87 in October.

J.W. Porter was thankful for his baseball career and the fans who wrote him seeking autographs. Many former players don’t bother with those who don’t send self-addressed-stamped envelopes. Porter obliged them and sent a personal note with all requests.

J.W. Porter’s wife described him best in the obituary in the Palm Beach Post, “He was a sweet soul.” 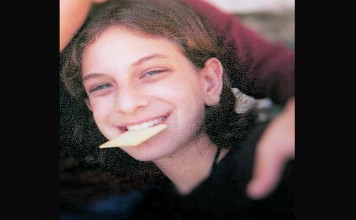 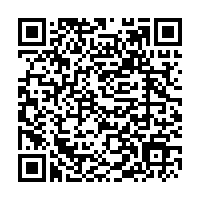