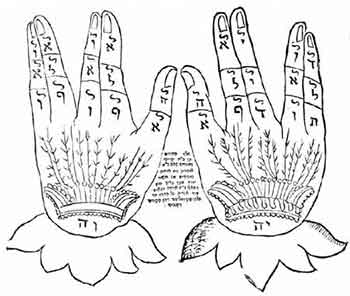 
It contains many prominent haskamot including ones by the Shelah (R. Yeshaya Horowitz), and R. Ephraim Luntschits (author of Kli Yakar).

This printing is remarkable because of the many illustrations and diagrams depicting Kabbalistic ideas; putting these visuals together was a remarkable feat for 17th century printers. One illustration depicting a pair of hands. These hands are divided into 28 sections, each containing a Hebrew letter (28 is the gematria of “ko’ach”). The two letters on the bottom of each hand combine to form Y-K-V-K, the name of G-d.

The author – who was called “the holy” – was a cousin of the Shelah HaKadosh. Born in Prague, he was a physician by trade and believed that the true source of happiness lied within Kabbalah. This book was his attempt to bring Kabbalah and – along with it – happiness to the masses. 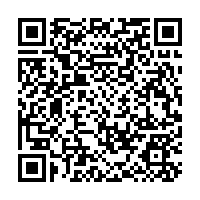