In week 3 of the “Red and Dr. Murray’s” Israel Basketball League, Big Apple Pizza sliced up the opposition, peppering them with outside shots and assists to mushroom their lead. “If I’m behind the arc, and I see an open teammate, I love the deep dish” said piping hot three-point artist Josh Friedman. “But Big Apple knows how to serve up the treys – we always deliver”.

Defending champion Lobos opened the week with a big win over Team Gewirtz. Captain Aryeh Rudman and his talented Lobos played a very solid all around team game and cruised to a 51-19 victory.


The Yak Pak vs. Bromptons showdown was a very intense game, with both teams playing a tight defensive style. Yak Pak’s Tani Weissman opened up the scoring with a deep three pointer to put his team on top, a lead which they never gave up. Throughout the first half Bromptons, led by former YULA star Rabbi Adi Isaacs, traded baskets with Yak Pak keeping it a close game. Late in the first half, Yak Pak picked up the tempo and went on a 15-0 run to give them a big cushion at the break. Bromptons chipped away at the lead throughout the second half, but the strong rebounding by Yak Paks’ big men was too much for them to handle, and another deep three by Weissman effectively sealed the game with just over two minutes remaining, and a final score of 48-33.

In the intra-OJ head-to-head battle, SeaPort 17th/Big Apple Pizza ran away with the victory over Khalili, 61-21. Zev Friedman led Seaport with 21 points, including 12 from behind the arc. Khalili were led by “Benny Boy’s” hot hand from the 3-point range.

Hawke & Co. stayed undefeated, overcoming the very challenging “Big Fish”. The Big Fish started out the game looking great and went into half time on top. A strong second half from Hawke & Co. secured the big comeback victory, 60-42.

Robert Seftel and his squad started their season this week looking comfortable and sharp, outgunning Potomac18 for the 77-50 victory.

And in another shootout that went down to the wire, Mevaseret Pizza edged Bienenfeld 69-66. 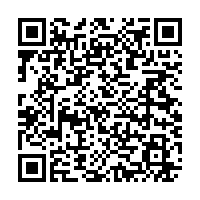