Defense Minister Ehud Barak, in an interview Wednesday with Army Radio, said Israel is “very far off” from deciding whether to launch an attack on Iran’s nuclear program.

When pressed about the time frame, Barak responded: “I wouldn’t want to provide any estimates. It’s certainly not urgent. I don’t want to relate to it as though tomorrow it will happen.”


Barak’s comments come ahead of a visit by chairman of the US Joint Chiefs of Staff, Army General Martin Dempsey.

Barak used the opportunity to quell speculation that Dempsey intends to pressure against a military strike, saying that the US understands that Israel doesn’t “have the luxury” to “roll over responsibility” for Israel’s fate to the US. Still, he insisted Israel was coordinating its moves with the US: “I don’t think our ties with the United States are such that they have no idea what we are talking about,” Barak said. 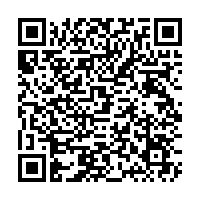