In a dramatic championship final in the All Star Israel Softball League, Lakewood Heimishe Bake Shoppe took home the Holyland Series Trophy, with a stunning 10-7 comeback victory. Players and fans stormed the field, celebrating the roller-coaster victory for Lakewood late into the night.

Lakewood, widely seen as the underdogs, nonetheless jumped out to an early lead, scoring five runs in the opening frame, as Yitzy Kramer and Shloimy Gruen sparked the opening salvo.


The experienced Lobos squad showed veteran poise, chipping away at the deficit, and finally breaking through for a 7-6 lead with just two innings remaining. Then, in the penultimate frame, the high drama began.

Pitcher Dovy Fass singled, followed by Mayer Shatner and Gruen, bringing up Shloimy Rosenberg in the ultimate clutch situation: bases loaded, two outs, with the championship clearly on the line. With the crowd at a fever pitch, Rosenberg cracked a shot deep into center field, for a bases-clearing double that returned the lead to a euphoric Lakewood team.

In the top of the last, Shatner knocked in an insurance run, and the Fass ended the contest with a strikeout and two induced ground balls.

Lakewood’s stunning championship was accomplished while knocking out the two most feared teams in the lead, Lobos and Café Rimon, in the semis and championship. The Heimishe Bake Shoppe got offensive production across the board, as Eli Bleeman had two hits and a walk, JT Gutman batted 3 for 3 with two walks, including a rare intentional pass.

Yechiel Kleiman made the throw of the game, with a tremendous assist from left field to gun down a runner at the plate, while second baseman Shloimy Gruen’s spectacular catch on a line drive up the middle with two men on, cut short what looked to be a Lobos go-ahead rally.

Fans stormed the field on the final out, as Gruen accepted the Holyland Series Trophy amid a raucous crowd of well-wishers. 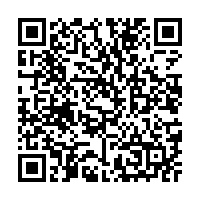