Home Sports Baseball Insider ‘Mancation’ In Cincinnati
Share on Facebook
Tweet on Twitter
Two months ago I told you about my “Mancation” (men only, we visit different cities, check out a ballgame and the shuls, etc.).

Two months ago it was Pittsburgh. This time it was Cincinnati. Both cities are a five-and-a-half hour drive from my dugout in suburban Detroit. Pittsburgh is east, Cincy west. The two cities have similar populations, well under a half million, and both boast thriving downtowns and beautiful riverfront ballparks.

Pittsburgh, however, had one big advantage over Cincinnati: its kosher eateries, kosher shopping, and shuls are all pretty much within walking distance of each other. While Cincinnati’s few shuls are fairly close to one another, its kosher shopping and eateries are spread out and a car is a definite must.

Rabbi A.D. Motzen, who reps for Agudah in the Midwest covering several states,
is based in Cincinnati. Rabbi Motzen says the Cincy area has 27,000 Jews and approximately 250 Orthodox families. I was lucky enough to be in town the same time as Rabbi Motzen’s father, the internationally known cantor Yaakov Motzen. The chazzan‘s wife is from Philadelphia and a loyal Phillies fan; the family took in a Reds-Phillies game while in town.

Losantville Road houses Cincinnati’s tiny kollel building and adjoining day schools for boys and girls across the street. One big Orthodox shul is a couple of houses south of Losantville and the beautiful, relatively new, building of Knesseth Israel/Zichron Yaakov on Section Road is about a half mile north.

Great American Ballpark on the banks of the Ohio River, facing the Kentucky cities of Newport and Covington, is a beautiful baseball venue employing mainly two colors – the red and white of the Cincinnati Reds. A bright white exterior with strikingly white light towers gives all sides of the ballpark’s exterior a different look from other major league parks.

The interior of all-red seats for the Reds gives the stadium a bright look and is quite a departure from the dark green or blue seats most ballparks employ. Most fans wear their Reds jerseys, something that adds greatly to the vibrant red color scheme.

Great American Ballpark also has one of the most entertaining scoreboards in the big leagues. Between innings the giant board features fans in attendance and their reactions when they discover themselves on the screen. Camera people are constantly roaming different areas of the stands and concourses for unsuspecting fans, and, of course, many dance around hoping to be featured on the board.

Because of the scoreboard’s location, many boaters congregate on the Ohio River at night beyond the right field bleachers, open their coolers and set anchor while watching the game’s (and other) highlights on the scoreboard.

So, if you like a mid-sized city with a small town atmosphere and a beautiful, busy downtown – and don’t mind driving a bit for kosher shopping and eating – give Cincinnati a try.

As you can imagine, the talk around my town (Detroit) has been all about the Tigers. There’s nothing tougher for the baseball fan than to have your team in the postseason playoffs and not know what’s going on as the yomim tovim run into Shabbos. After giving the traditional Yom Tov or Shabbos greeting, everyone asks, “Did you find out anything about the game?”

I’ll tell you more about it next month along with some of the biggest surprises of the season and some free-agent predictions for next season.

Irwin Cohen headed a national baseball publication for five years and earned a
World Series ring while working in a major league front office. To read his
illustrated autobiography on how he made it to the baseball field, send a check for $19.95, payable to Irwin Cohen, to 25921 Stratford Place, Oak Park, Michigan, 48237. Cohen, the president of the Detroit area’s Agudah shul, may be reached in his dugout at irdav@sbcglobal.net.

Where Israel Support is Fraying 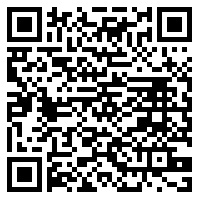