The week opened with a big showdown between two of the top teams, Yak Pak and The Big Fish. The Big Fish used their size to pound the ball down low, drawing fouls to get to the free throw line. Yak Pak replied with stellar outside shooting, as Tani Weissman (15 points) and Ethan Gipsman (16 points) both drilled multiple shots from behind the arc. With the Fish up by three, Yak Pak had a chance to tie with 11 seconds left, but the prodigious piscine protection prevailed, and a Big Fish foul shot brought the final tally to 55-51.

In another heart-stopper, Potomac18 squeezed out a hard fought victory against new comers Singer. Potomac18 started the game with a 10-0 run, but Singer quickly found their bearings, and slowly clawed their way back. Still trailing by 6 with two minutes remaining, Singer pulled within a point in the games waning moments, but Potomac18 held on thanks to clutch shooting, for a 49-48 final score. 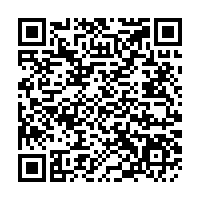