The “Red and Dr. Murray’s” Israel Basketball League tipped off this week, with hundreds of student athletes, studying in dozens of yeshivas and universities in Israel, all competing for the coveted Red Auerbach Championship Trophy. The highlight of the week was a battle between Jerry’s Kids and the Bean Town Ballers. Both teams started strong and looked great, but Bean Town Ballers’ captain Zach Jaffe and his 26 point night were too much and his team pulled away with a big victory to start off the season 55-40.

In this week’s drama-filled showdown between Katzenstein and Bienenfeld, both teams played a solid all-around team game, splitting the scoring equally. Katzenstein trailed most of the game, making a big comeback in the final few minutes. Bienenfelds’ defense was able to step it up when it really counted in the final seconds to stops Katzenstein’s run short, and pull away with a 39-38 win.


In other games of the opening weekend, Doovie Jacoby led his namesake squad to victory in an exciting defensive battle against Khalili, 37-28. Meanwhile, Yak Pak registered the week’s biggest margin of victory and started off their season making a statement, beating Franco 61-32.

Are Yak Pak and their captain Ethan Gipsman going to be the team to beat this season? Or will defending champion Lobos come out next week stronger than ever? It’s going to be a great and exciting new season! 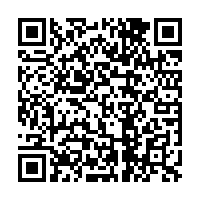