The Koren Mesorat HaRav Siddur, a new Hebrew/English prayer book with commentary based on the teachings of Rabbi Joseph B. Soloveitchik, has just been published by Koren Publishers Jerusalem in partnership with the OU Press. This long-awaited prayer book presents for the very first time Rabbi Solovetichik’s insights on Jewish prayer.

Rabbi Soloveitchik, widely known as “The Rav,” was one of the twentieth century’s most influential Jewish figures. A brilliant scholar and philosopher, he served for almost a half-century as Rosh Yeshiva of Yeshiva University’s Rabbi Isaac Elchanan Theological Seminary, where he ordained nearly 2,000 rabbis. He was a role model for countless Jews, and a key figure in the resurgence of Orthodox Judaism in America.

Rabbi Solovetichik left behind few published works. Instead, his theology is preserved in recordings and transcripts of his many lectures. The editorial team of The Koren Mesorat HaRav Siddur, headed by Dr. Arnold Lustiger, Rabbi Gil Student and Rabbi Simon Posner, culled through hundreds of those lectures to uncover gems of Rabbi Solovetichik’s thoughts on prayer and to organize them into a Siddur commentary.

The Koren Mesorat HaRav Siddur features extensive introductions to Rabbi Soloveitchik’s thought by devoted students who went on to become influential religious leaders in their own right: Rabbi Jonathan Sacks, Chief Rabbi of the United Hebrew Congregations of the British Commonwealth and Rabbi Aharon Lichtenstein, Rosh Yeshiva of Yeshivat Har Etzion and son-in-law of Rabbi Solovetichik. Rabbi Sacks also provided the English translation for the Siddur. 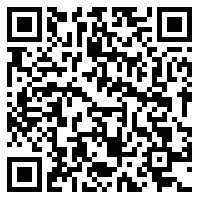