Home Sports Baseball Insider Remembering The ‘Yiddish Infielder’
Share on Facebook
Tweet on Twitter
It was the 20th yahrzeit of Andy Cohen (no relation) recently, and he was remembered by some of the fans in my favorite shul.
Cohen checked in on October 25, 1904, in Baltimore to European-born parents. The family moved to El Paso, Texas when Andy was four. As a young man he starred on local baseball fields and signed a minor league contract with Galveston in the Texas League.
The National League’s New York Giants, who for years had been looking for a Jewish player to increase attendance at the Polo Grounds and to cut into the popularity of the Babe Ruth Yankees across the Harlem River, purchased Cohen’s contract for the same price ($25,000) an entire Texas League franchise was fetching.
Newspaper articles around the country heralded the big league debut of Cohen in 1926. Articles described him as a “stocky little Jew” a “Yiddish infielder” and a “young Hebrew lad.”
Westbrook Pegler, one of the most widely read syndicated columnists of the time, explained to his vast reading audience Cohen’s importance to the John McGraw-led New York Giants:

Outside New York it is not easy to visualize the extent of the public that Mr. McGraw is appealing to. From Mosholu Parkway, on the north, down to Central Park, an expanse miles long and miles wide, except in the negro district of Harlem, there are thousands of restaurants and herring stores, almost all with Yiddish lettering on the windows.
The tailor shops, the meat markets, the groceries, the dry goods stores, almost all the places of business [bear] such names as Levkowitz or Lefcourt, the English equivalent; Levy, Levitach, Myer, Mandelbaum, Katz, Jacobs, Rosenbloom, Segal, Gans and Schanz.
In the tall apartment buildings, which stand in solid rows for miles, the names on the doorbells are Jewish by a vast plurality.
It is the same in miles of Brooklyn territory and on the Lower East Side, and almost the same on West End Avenue and Riverside Drive, two expensive streets, where the Jewish aristocracy live.

Cohen played in 32 big league games for the Giants in 1926, batting .257. McGraw hated to lose his big Jewish drawing card but sent Cohen to minor-league Buffalo the following year for more seasoning. A warm relationship sprouted between Cohen and the Jewish community of that city. Cohen’s .353 batting average helped lead Buffalo to the International League pennant.
Brought back to the Giants in 1928, Cohen batted a respectable .274 in 129 games and was warmly embraced by Jewish fans and organizations. He received numerous gifts and the Giants responded to their second baseman’s popularity be selling “Ice Cream Cohens” at Polo Grounds concession stands.
Cohen’s average went up to .294 in 101 games in 1929, but McGraw wanted a more polished defensive second baseman and sent him to Newark in 1930. The Giants manager figured Cohen would work on his fielding while local Jewish fans could still follow him as he played for the nearby top minor league team.
McGraw told Cohen he would be brought up soon, but the 25-year-old infielder suffered a leg injury that would keep him in the minors for the rest of his playing career.
In 1939, Cohen began managing in the minor leagues, moving up the chain before being called for three years’ service in the military. He resumed his managerial career after the war. When the Yankees brought up their top minor league manager, Ralph Houk, from Denver to help coach the Yankees for the 1958 season, they hired Cohen to manage the Denver club.
Cohen made it back to the majors as a coach with the Philadelphia Phillies in 1960. When Phillies manager Eddie Sawyer resigned, Gene Mauch was hired as skipper but could not arrive in time for the next game. Cohen was tagged as interim manager.
Andy won the only big league game he ever managed, 5-4 in 10 innings, and returned to the coaching box for the rest of the 1960 season. Cohen then took the opportunity to return to El Paso, Texas, to become head coach for the University of Texas baseball team, a position he held for the next 17 years.
He hired his brother, Syd, who’d pitched in the major leagues with Washington in 1934 and again in 1936 and ’37, as pitching coach. Syd died a few months before Andy in 1988.
The brothers were memorialized when the city of El Paso built a new downtown ballpark seating 9,725 to house the Diablos of the double-A Texas League and named it Cohen Stadium. The ballpark’s unusual canopied roof looks like a bunch of sailboats hugging. It’s very fitting, as the Cohen brothers were warmly embraced by the citizens of El Paso for better than half a century.
Irwin Cohen, the author of seven books, headed a national baseball publication for five years before earning a World Series ring working as a department head in a major league front office. His Baseball Insider column appears in the second week of each month in The Jewish Press. Cohen, who is president of the Detroit area’s Agudah shul, may be reached in his dugout at irdav@sbcglobal.net.
Advertisement 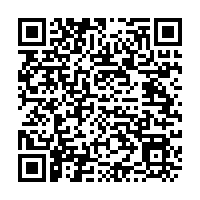